The Relationship With Sony Columbia !
“…The Relationship With Sony thus war has been good, we’re still skeptical of labels, thats only because we’re real passionate about what we do, we’ve had a lot of hard ships and we’re not complaining because we worked to a mall so it is what it is, thus far Sony Columbia has show interrests, we feel pretty good about it. It feels good to know that Rick Rubin is the headman overthere, because he himself is an artist, he understands the struggle of an artist that what all the talk about overhere at Sony Columbia is that they’ve become more artist-friendly label so everything that The Clipse been through in history… everything we’ve done, it feels like this is the place were we get the best chance…”

Leaving Startrak !
“…No hardfeelins about anything, the things that we’ve accomplished is great- put as where we are to this date, the relationship is still strong, still good everyone is still friends, it just about milestones and just growing and noone is against us…” 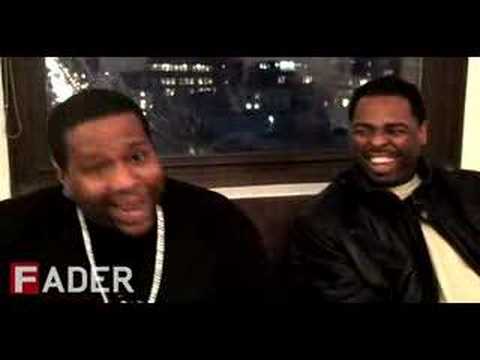