N¤E¤R¤D followed with the night’s most rockin’ set. The band was lead by rapper/singer Pharrell Williams and included a hype man, three keyboard players (one of them Williams’ NEPTUNES production team partner, Chad Hugo), two drummers, a bassist, a guitarist and a couple of NFL-sized guys whose jobs consisted of bobbing their heads at either end of the stage. (Bodyguards? Or just friends who’ve landed a cake gig?)

Williams’ rocked out with dynamic, ska-style kick dancing as the band played hits “Rockstar,” “Lap Dance” and “She Wants To Move.” Unfortunately, Pharrell walked straight into a fog machine shooting fog out and caused some sort of damage to his voice. He apologized when they finished the set. I think they were planning on rocking the mic a bit longer but he really did apologize to the audience, which was sweet, According To Sol0492.
Read the whole Review Here. 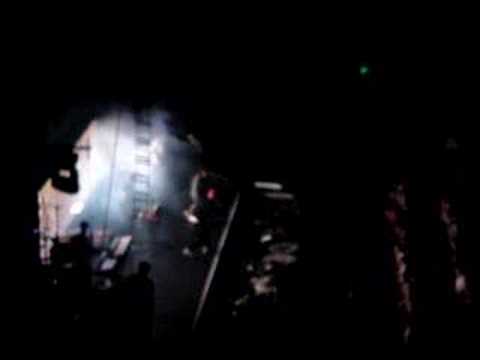