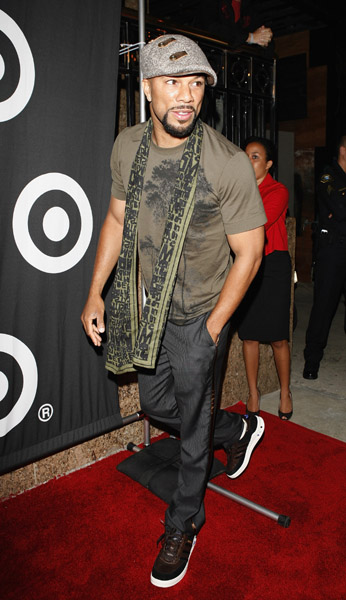 Common was this Sunday on KUBE 93’s Sunday Night Sound Session to talk about his upcoming “Universal Mind Control” album, his creative process working with the Neptunes: “I wanted to do something fresh, so I bumped in to Pharrell, we were talking about making some music.. I really was like wanted to work with The Neptunes as a whole not just make one song with them, I wanted to create an Album with them and that’s really what we’ve focused on, I started making this album because I was supposed to be shooting The Justice League Movie and I play this superhero Green Lantern who has the power to Control Minds “Universal Mind Control”, at the time there was this Writer Strike and everything was on hold so I started doing an album.. The music was so coming naturally and Chad was adding so much then Mr. DJ came along. I felt like the album didn’t have to have Kanye or anybody else, We created the sound what we wanted which is something new sounding and had the foundation of hip hop. “A lot of times Pharrell can come in the studio with ideas about what direction he wants to go and would start creating some music and chad might come in and add some layers to it”  Thanks To Neosoul