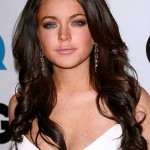 Surely an album that will be met with Tha Carter III-like anticipation, Lindsay Lohan’s third studio record, currently titled Spirit In The Dark, will actually feature some big-name producers. The LP includes tracks by the Neptunes’ Pharrell, Akon, RS-proclaimed “Best Hitmakers” Stargate and Bloodshy & Avant (the pair responsible for Britney Spears’ hit “Toxic”). Maybe it’s payback for Lohan appearing in N¤E¤R¤D’s “Everybody Nose” video, but Pharrell will also provide guest vocals on Spirit’s first single “Playground.” The song is due to hit radio in September, which will be followed by the album’s release in November. Thanks To Bigmac
*rollingstone.com