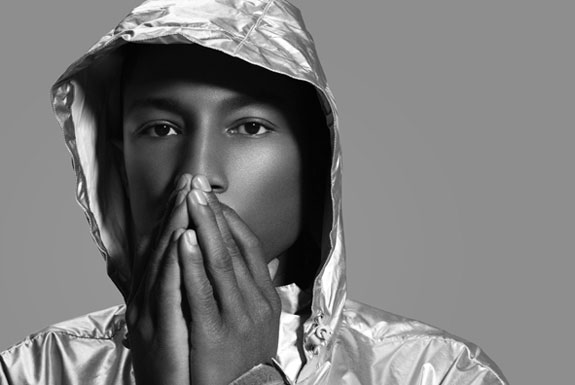 Last night during a concert at New York City’s Nokia Theater, Pharrell Williams expressed his support for Barack Obama by tossing a jab at the Republican party’s Vice Presidential candidate, Sarah Palin. When the crowd at the N¤E¤R¤D/Big Boi concert erupted into an “Obama” chant last night, the N¤E¤R¤D front man took the opportunity to get political. “So I guess I don’t have to ask.  So we feel the same way,” said Pharrell.  “We’re gonna do what we gotta do to make sure that the person that goes after Obama is not holding a baby in one hand and a soccer ball in the other.  Ok Cool.” “But she’s a hot MILF though, isn’t she?” he added.
*sohh.com