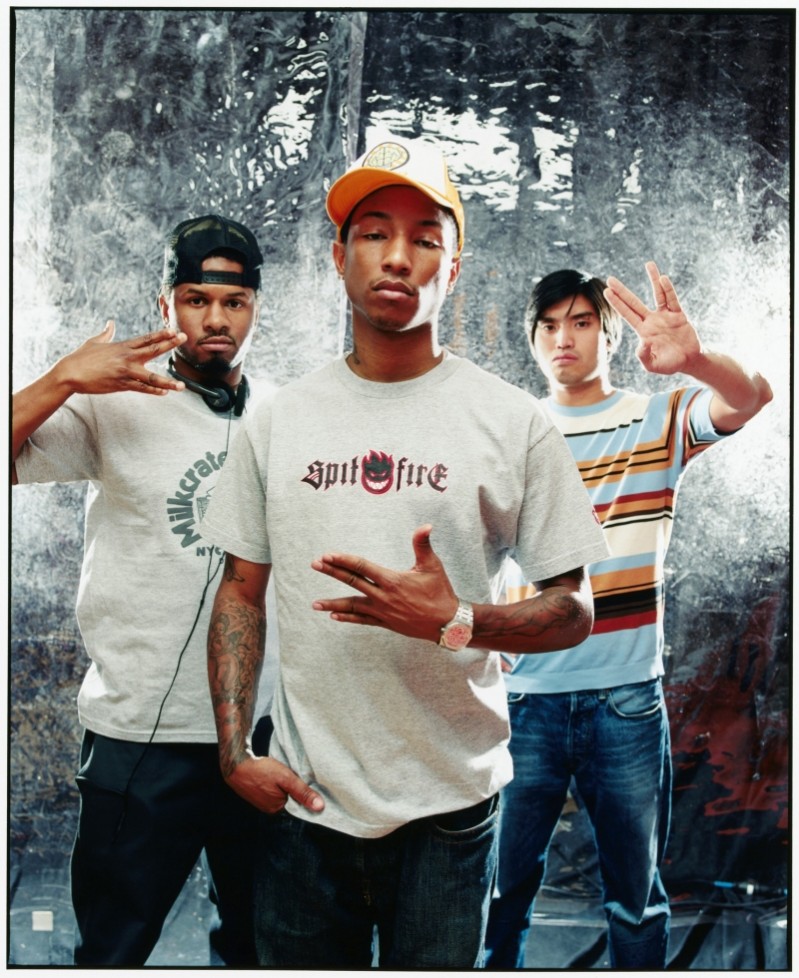 Shae Haley (left, with Pharrell Williams and Chad Hugo) says it’s ‘always about the performance.’ On the surface, a N¤E¤R¤D mash-up seems confusing, but according to Shae Haley, the band’s mix of hip hop, pop and rock is not that confusing. “It’s not that complicated,” he insists. “It’s not us in the studio going ‘Us, no’, Us, yes.’ You just know what is right for you. It’s a feeling.” To the trio, it’s all very simple. The Neptunes produce records. N¤E¤R¤D goes out and plays. “Actually, the only time we get asked about this is in interviews,” say both Haley and Williams. “Our fans know what to expect. “We’ve always been about a band,” continues Haley. “We’ve always been about the experience. It’s always been about the performance.” Thus The Neptunes leave home, don the N¤E¤R¤D hats, pick up Haley, flesh out their band with two drummers (one is Williams) and try out different things. “There’s definitely a lot of improvisation onstage,” stresses Haley. Then again, jamming isn’t new to a band that is as resourceful as N¤E¤R¤D. “You have to be open to ideas,” Haley agrees. “You have to be open. Closed doors, closed windows, don’t let in much light.” Another distinction between Neptunes and N¤E¤R¤D is that N¤E¤R¤D songs are topical, dealing with bullying, violence, rebellion and war. “We’re aware of substance,” says Haley. “We could write pop hits, but we’re aware of other matters.” Has this allowed N¤E¤R¤D to develop an identity of its own? “I don’t know,” Haley figures. “Only you can tell us. I know what we’re not and that’s a million things. “How did you hear about us?” he asks curiously. A little listening, a little reading, a little prompting by the promoter. From that, there was this sense of a band that is optimistic. It’s easy to write songs that are gloomy; much harder to be positive. “That’s a huge compliment,” Haley says humbly. “That’s a confirmation of what we’re about.”
*canada.com/theprovince