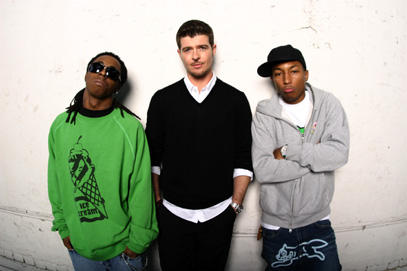 It’s not quite time for Tha Carter IV yet, but Lil’ Wayne is ready to release new music. Weezy told MTV News at the BET Hip-Hop Awards that he’s putting out Tha Carter III again, but it won’t be the traditional revamp album with just one or two new songs. Wayne is going all out, making the project an entirely different LP. Right before his chat with MTV News, Wayne had Pharrell Williams on the bus discussing future work. Skateboard P said their talk was “very interesting.” Meanwhile, Wayne said he’s been locked in with some up-and-coming producers, as well as an acclaimed production duo from Miami. “Shout to Pharrell,” *mtv.com