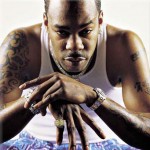 The album was originally going to be called Before Hell Freezes Over then Back On My Bullshit, then Blessed and now it will be called B.O.M.B. (the acronym for Back On My Bullshit). It was also originally planned for a release in December 4, 2007; however, it was delayed to June 17, 2008, and then July 1, 2008, then delayed again to December 9, 2008, then pushed back to February 10, 2009, and now to March 10 2009’. It is aimed to follow up Busta’s studio effort “The Big Bang“, which peaked at number 1 on Billboard Hot 200 Albums chart and sold 2.5 million copies worldwide since it was released in June 2006. “You’re gonna get your traditional Busta Rhymes-and-Pharrell collabo,” Busta commented on his forthcoming record during an interview with MTV. “My man focus from the Aftermath crew; Dre  the late, great Jay Dilla got work on the album. It’s gonna be great – look forward to the new bang-out.”