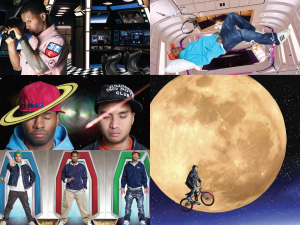 Apparently N¤E¤R¤D are Re-Releasing their 3rd album ‘Seeing Sounds’ with 3 new tracks to be released around Christmas according to Producer45 who had the opportunity to talk with Shae at the Play Cloths Release Party November 21st. “Hey Whats Going On Everyone I Might Be Late On This But I Was Just At The Play Cloths Release Party & Shae Was There I Got To Talk To Him For A While! I Might Be Lalte On This But He Told Me That “We Are Re-Packing The Album (Seeing Sounds) To Be Released Around Christmas Time With 3 New Tracks On It”