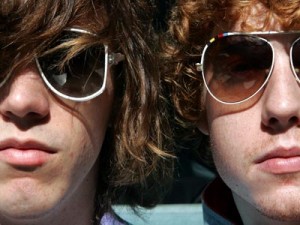 According to Paste Magazine, Chester French collaborated with the French artists Yi Zhou & Singer Charlotte Gainsbourg for their album ‘Love The Future’ and it seems that the ‘Idle Warship’ collabo ‘Fall Back’ from early this year will make it on the album or is it a new tune only with Talib?. “Chester French’s five track EP, She Loves Everybody, is due in stores Nov. 18 (and is already available digitally). Drawing its name from the band’s ’60s-pop, Motown-esque first single, the EP also includes the group’s song “The Jimmy Choos.” The band’s biggest fans outside of Williams? HBO. Both songs have been featured on past episodes of its hit Entourage. Williams does his part on the EP as well, contributing a Neptunes Remix of the titular track. Both tracks will be featured on the duo’s long-in-the-works debut album, Love The Future, which will hit stores in February of 2009.” 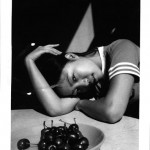 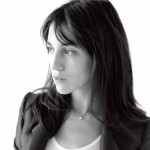 “The album boasts some impressively eclectic collaborations: rapper Talib Kweli, multifaceted (Chinese-born) French artist Yi Zhou and French actress/singer Charlotte Gainsbourg (star of The Science Of Sleep, amongst other roles). The album is a collection of the duo’s diverse musical influences, from hip-hop to rock, swing to jazz, Motown to country. And the types of instruments featured span from the usual suspects (guitar, keyboards) to the not-so-usual (French horn, theremin, timpani). But they stress Love the Future will work as a cohesive statement, rather than just a bunch of different musical genres and singles strung together. “We try to be as open as possible. There’s not a single genre of music we discriminate against. We just hate shitty music,” Drummey said in a recent statement. “What we tried to do is make something musically diverse but also unified. And we did the best job of that ever in the history of music.” Confidence is key, right?”

Chester French – The Love The Future Project (2009) (February)
Guests: Yi Zhou, Charlotte Gainsbourg, Idle Warship…
Confirmed Tracks:
– The Jimmy Choo’s
– Beneath The Veil
– Pleasure Squad
– Neal
– Not Over You
– She Loves Everybody
– People
– The Sister Song
– C’mon On My Own
– Fall Back feat. Idle Warship
– My Party
– Out At The Compound
– Over The Moon
– Time