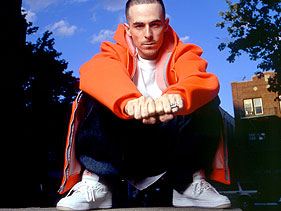 “when you use samples, I guess, I’m luckier. I guess if I was using the same keyboard all the time, I would be struggling to find new sounds and stuff. But I guess by using samples and chopping the sounds, it’s like every record was recorded at a different studio at a different time, and things were micced up and mixed and mastered different. They all have they’re unique sound, especially when they hit that vinyl. It’s hard to describe that difference, but there’s a texture to samples that’s hard to recreate. It’s like sometimes you chop a sample, it’s like one little bam and in that little bam, there are about fifteen instruments. It just caught the record at that one point and it’s hard to recreate that. I guess by using sample,s sometimes I get away with it.” 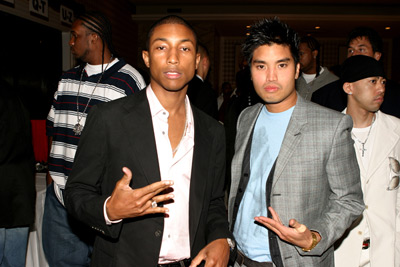 “Anytime I would hear Neptunes and a Pharrell beat, I would always understand them. I don’t know any other way to describe it, but I would always get it. Whenever I would hear his keyboard beats, I would be like “Ah I get that program, I get why he put the keys like that.” And I never understood why and I spoke to his manager a long time ago and he was like “When we first started managing Pharrell, all his beats sounded like yours.” He had the samples they were looped up and we kind of had to lean on him and convince him that he could create that kind of stuff without the sample, but he always thinks from the standpoint of samples. It’s real simple and sample style, I don’t now how to explain it. To be able to speak to his manager, it made me feel good, like it made me feel confident to make a beat like that. Like I could step to the keyboard, I just close my eyes and let my hands go. I don’t know how to play, but I let them do what they’re gonna do and then I just sit back and listen to it, like I’m listening to a soundtrack or a record. I kind of just keep my mindset on samples and keep it raw and simple.”