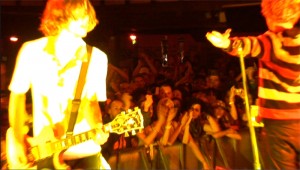 Vote For Chester French On Hype MachineFrom Chester’s Blog: So as some of you may have seen/heard, ‘What A World,’ the song we did with The Neptunes and Common that’s on Common’s forthcoming album has hit the web. It seems to be getting considerable buzz on the blog circuit and, that being the case, it’s made its debut on Hype Machine. As some of you already know, once a song gets on Hype Machine, listeners can vote for it (click the heart). So here’s where you come in, guys and gals. Vote for ‘What A World’ right now and then tell ten friends to do the same. It’s 8 and climbing, let’s see if we can get it to 1.