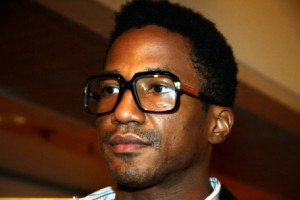 “Part of Q-Tip’s inability to get his music out in the last decade stemmed from his individuality as an artist. He’s not only a gifted MC and lyricist, he’s a producer as well. On “The Renaissance,” he crafts indelible musical beds out of a mixture of live instrumentation and deep samples; “ManWomanBoogie,” for example, is built on a snippet culled from a late ’70s album by German art-rockers Can. That adventurousness got him in trouble with record executives looking for quick hits. “They [the record companies] were trying to get me to do the Timbaland thing, the Pharrell thing, the Scott Storch thing a few years ago,” he says. “I obliged them, but ultimately it didn’t work out. So they said, ‘Go ahead with your own thing.’ Sometimes, they don’t know better.” Q-Tip says this with a rueful chuckle. He’s understated about what must’ve been a trying time in his life. But he says that he always took a broader view of his music and his career, and that helped him overcome the whims of the industry.