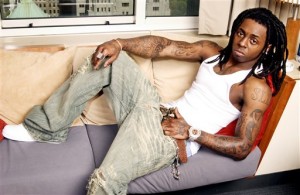 Lil’ Wayne will release a rock album next- according to a rapper close to him. Drake claims Weezy has been inspired by Kanye West’s 808s & Heartbreaks and will record a ‘complete rock album.’ Whilst in the studio Lil’ Wayne himself recently joked: “I ain’t rapping no more… I’m singing … I’m about to get some dance moves. I gonna get Chris Brown to teach me some sh*t.” In typical fashion a few new Weezy tracks have leaked in 2009 including Yes – a bass-driven collaboration with Pharrell. Other songs Red Rum and Up In This Club – which bizarrely sample’s Space’s Female Of The Species- have also hit the internet. All three new tracks feature Dwayne singing as well as rapping which suggest a rock direction.