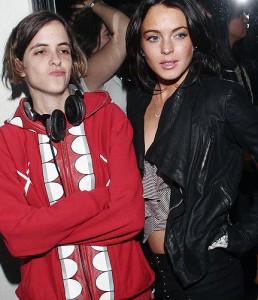 DJ Samantha Ronson sees red when girlfriend Lindsay Lohan is around Pharrell, according to reports. While Ronson generally doesn’t get jealous of guys, but apparently she was quite unimpressed by lover Lindsay’s reaction to meeting Williams. According to reports, the ‘Mean Girls’ star told a magazine how the singer/super-producer would love to make a great record with her. However, Williams’ desire to take Lohan “out of all the elements,” is what created a problem for Samantha. “Sam is not usually jealous of guys but from the way Linds acts around Pharrell, it seems she thinks he could be competition, The Mirror quoted a source as saying.