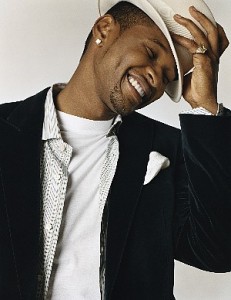 When we caught up with him among the inaugural hoopla, Usher made us a promise: new music very soon. Maybe the record could be a Pharrell Williams/ Neptunes production, because a photo of Usher, Skateboard P and Maroon 5’s Adam Levine collaborating in the studio recently hit the Net. “It’s a little bit of everything,” Usher said of what they’ve been working on. “Pharrell has his Web site where he lets you come inside his world and lets you know what’s happening. A few pictures did leak online, just to let you know what he’s been working on. There’s some synergy between all of us and the record we’re working on is gonna be an incredible record. I’m a fan. Adam is incredible — far beyond what I even fathomed.

“[The studio session] was a loose thing,” Ush added. “[Adam] came in, picked up a guitar and went to work.” Usher and Pharrell obviously have a rich history of working together. “U Don’t Have To Call” was a blockbuster, but the Atlanta crooner says he isn’t looking to “yesterday” for inspiration — his sights are on right now. “We want to create music like you never heard before,” Usher explained. “Once we create something in the studio that everybody is crazy about, then we try to beat that. Once we create another one, we try to beat that. It’s like we’re challenging ourselves in the moment, as opposed to chasing what’s in the past. Although ‘U Don’t Have To Call’ is always a great reason for us to come back again — it was more or less a celebration.” 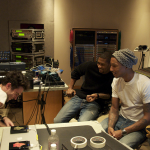 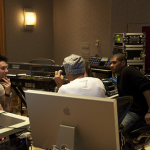 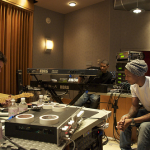 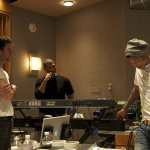 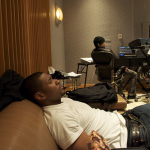 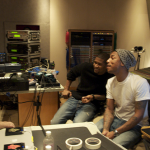