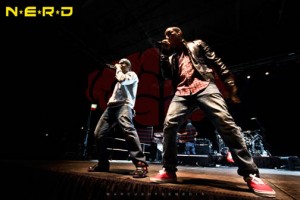 Dooley’s Week will be combined with the Spring Band Party this year, featuring alternative funk-rock band N¤E¤R¤D and comedian Daniel Tosh. “[The Student Programming Council] decided to incorporate Spring Band Party into Dooley’s Week in order to get a larger band,” SPC President Zach Krame said. The week will take place from Mar. 23 to 27. “We know the students love N¤E¤R¤D, so they were one of our top choices,” Krame said. N¤E¤R¤D, whose members are Pharrell Williams, Chad Hugo and Shay Haley, is a group that cannot be shelved under one genre. Best described as funk-rock, it contains hip-hop, alternative rock and various other musical influences. The group has toured with Kanye West and performed alongside artists such as Rihanna & Lupe Fiasco, who performed at last year’s Spring Band Party.