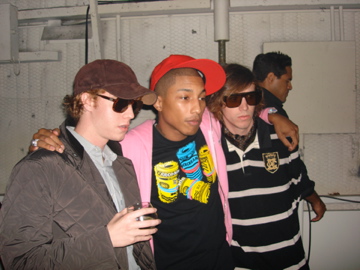 Chester French & Clinton Sparks came up with a title for Chester French Mixtape Project which will be called “Jacques Jams, Vol. 1: Endurance Shortly” featuring Diddy, Jermaine Dupri, Pharrell, Janelle Monae, Bun B, Talib Kweli, Solange, Cassie, & more. Clinton Sparks is at it again but this time with one of the hottest new pop bands, Chester French aka D. A. & Max! Clinton has been taking the mixtape game to another level with his latest projects from Fall Out Boy and most recently Strong Arm Steady and Tyga. Chester French teamed up with Clinton Sparks to create an audio movie with a score of all original music written, produced and performed by Chester French. The Mixtape is due April.