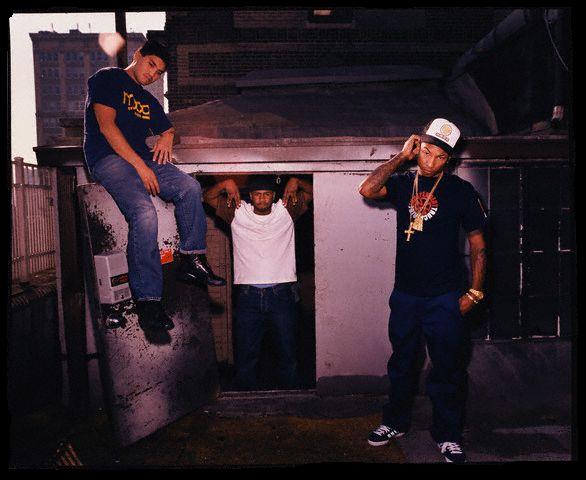 Rain has officially plagued every concert this year, perhaps a sign that SPC needs to start sending the event schedule to Mother Nature ahead of time. Yesterday’s nasty weather made students a little nervous about the fate of the Spring Band Party featuring energetic trio NERD Luckily, the clouds closed up just in time for the most interactive, entertaining performance of the year. NERD, composed of Pharrell Williams, Chad Hugo and Shae Haley, have become known for creating a genre of their own — a mix of digital sounds and funk rock. The group upheld its reputation with its energetic, non-stop performance. Students were anxious as the show began later than promised, but it only succeeded in building up the anticipation as the crowd finally exploded when NERD took the stage. After less than a minute, Pharrell called everything to a halt, teasing the audience, explaining, “Hold on a second. I’m in Atlanta right now. Let’s get it right.”

Encouraging students to get completely into it, the group managed to take the concert to an outrageously rowdy level never seen before on Emory’s campus. The crowd was eager to follow Pharrell’s set of rules including, “If someone is crowd surfing, you will hold them up.” NERD exploded with energy as they prodded the crowd to reach a level of hype satisfactory to them. Finally, a couple songs in, the entire audience let loose as girls in the audience were hoisted up to crowd surf. It was an on-stage party as the group raged with funky songs like “Brain“ NERD momentarily paused, insisting everyone stand completely still then jump all together “as high as you can.” Songs from its newest album, Seeing Sounds, prevailed in the show, giving the audience a taste of its most recent creations. In an online interview, Pharrell explained the title of the album: “We just wanted people to see the music the same way we did.” Living up to this goal, the group was animated and full of life on the McDonough stage.

They went so far as to stop the entire show to reorganize and remove the barricades for the crowd to get closer to the stage. Antsy audience members made the process a little difficult, causing Pharrell to release a few profanities in the midst of his frustration. Redeeming himself later, he apologized, “We just have a responsibility to keep you guys safe.” Once the mayhem had wound down, the group picked up smoothly with one of the best performances of the night, “Don’t Worry About It.” The jazzy single, with hints of Prince-like sounds and James Brown-esque beats, further fueled the sheer enjoyment of the crowd. Even those who didn’t know the words couldn’t help but dance and bounce along. Of course, the band couldn’t end the night without “Everyone Nose,” one of its most recent singles. Previously described by Pharrell as a “schizophrenic musical pillage to the ears,” it was an adrenalized rush at the peak of the night unlike any other live performance of a song. The line “You just wanna dance in your reckless path” especially connected with audience members, who matched NERD’s intensity.

The trio wasn’t shy to express its gratitude for the chance to perform at Emory, as Pharrell insisted on stage, “There is nothing in the world to us that compares to performing for intelligent crowds.” He made the performance a motivational life lesson as well, referring to the corruption on Wall Street and using characters like Bernie Madoff as a segue into the lyrics, “Should have told them sooner or later / It’s gonna come crashing down.” Utilizing the last part of the show to further inspire the youthful crowd, Pharrell encouraged the audience to go to its website artst.com. “It’s a world that we created that gives visibility for people like yourself,” he said in a post-show interview with the Wheel. “The site counts because as much as [people] say we inspire, we’re able to now give them a platform to actually get visibility from people.” By the end of the night, the showcase of uniquely funky songs made everyone want to be a nerd.