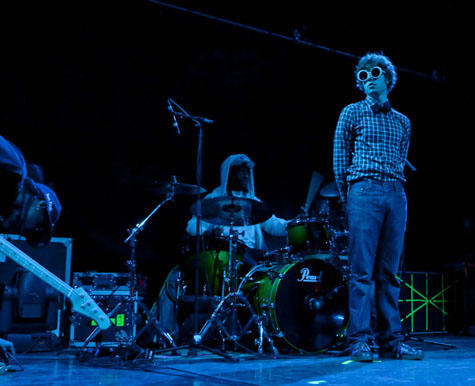 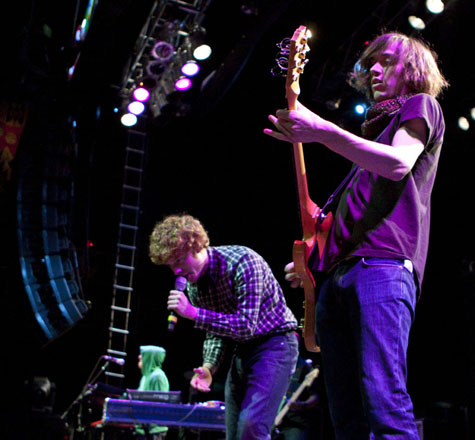 Chester French were ridiculous, constantly walking a fine line between being experts at crowd-woo’ing and being cringe-inducingly awful. The main dude had a pretty painful stage demeanor and a limited vocal range, and they would consistently get the crowd worked up only to lunge into some super-lame chorus or verse that would Ben-Folds-Five the audience into fits of talking-amongst-themselves. Then at the end of their set they did a cover of No Doubt’s “Hella Good” that got the audience going, ran through an instrumental verse or two of Daft Punk’s “Robot Rock” (well, really Breakwater’s “Release The Beast“), before closing with an honest-to-god awesome cover of Aerosmith’s cover of “Remember (Walking In The Sand).” What?!?! I was relatively impressed. At one point the singer prattled on about their dealings with Pharrell and all I could think is “why?” Seriously, they were dork city. But the Aerosmith cover of a cover was tight. At one point they said something about their last show in Boston having been several years before at Harpers Ferry in front of 5 people. I could see that. — Dan Brockman