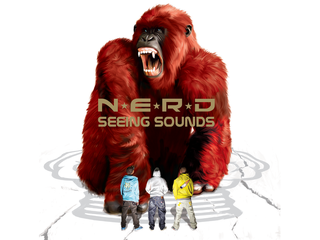 According to NERD’s Twitter Site, NERD will Re-Release Seeing Sounds with “Soldier feat. Santigold & Lil’ Wayne” and with a couple more new tracks. I just hope we will be able to hear the Left-Overs off Seeing Sounds such as „Out Of My Head“. The Re-Release was actually been planned for last years christmas according to Shae.