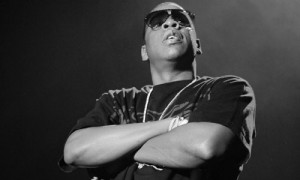 According to the Internet rumours, Jay-Z’s Blueprint 3 album is going through Atlantic and will release on September 11th, Anniversary of the 1st Blueprint Album which will cost him $5 million. Jay-Z’s Roc Nation label would partner with Epic in a distribution scheme not unlike the one The Neptunes have struck between their label, Star Trak, and Interscope. NYDN: Roc Nation would be distributed by Warner, and Jay would get another label called the Carter Music Group.