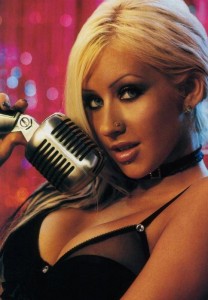 M.I.A, Santigold and Goldfrapp are among trendy artists lined up for XTina. Christina Aguilera has confirmed some of music’s coolest artists will feature on her next album. Santigold (formerly Santogold), M.I.A, Lady Tron, Goldfrapp and singer Sia will all appear on the star’s next disc. In an interview with A.P.E Radio she said: “I think I’m most proud of this work than I’ve ever been, just because I worked with so many amazing and incredibly talented people.”

The Neptunes and Major Lazer are also rumoured to be contributing beats to the album. Christina continued: “I really like to step outside of my own box. The result was just crazy magic. There truly is something for everyone to enjoy on the record. Lots of good stuff in store!”