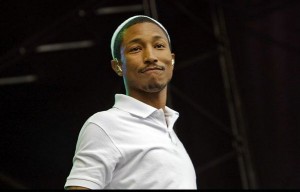 According to the Forum member Big Nick who was at the NERD Concert at San Francisco’s Warfield, Pharrell said that they are in the studio working on NERD’s new album which is due Early 2010. “When Pharrell was introducing Soldier he mentioned that they are in the studio, they have several songs done, but only play Soldier because they want the rest of the album to be a total suprise, and he said they album would be out early 2010“ Thanks To Big Nick.