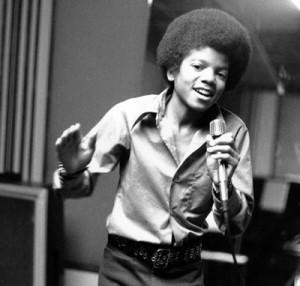 This interview, which took place in early June 2003, actually came about as the magazine was planning a piece on Pharrell Williams, who at the time was an upstart producer from Virginia. As the editors were arranging the story with Williams, he casually mentioned that he’d always wanted to speak to Michael Jackson, who had been in the news after appearing in British journalist Martin Bashir’s infamous television documentary, Living With Michael Jackson, which portrayed the singer at his most bizarre. A complex chain of e-mails and phone calls ensued, messages were passed, reputations were vouched for, and a few days later, Jackson’s office called to say that he would do the interview. You can tell by the art Pharrell was talking that he was very emotional to talk to Michael. Thanks to fonkymaestro75.

MICHAEL JACKSON: So, I’m interviewing you, right? And I think it’s seven questions, or something like that?
PHARRELL WILLIAMS: Sure. Whatever you like.

JACKSON: Okay. What would you say inspires you in your music? What is it that inspires you to create your music?
WILLIAMS: It’s a feeling. You treat the air as a canvas and the paint is the chords that come through your fingers, out of the keyboard. So when I’m playing, I’m sort of painting a feeling in the air. I know that might sound corny, but—

JACKSON: No. No, that’s a perfect analogy.
WILLIAMS: And when you know it’s done, you know it’s done. It’s like painting or sculpting. When you let it go it’s because you know that it’s finished. It’s completed. And vice versa—it tells you, “Hey, I’m not done.”

JACKSON: Yeah. And it refuses to let you sleep until it’s finished.
WILLIAMS: That’s right.

JACKSON: Yeah, I go through the same thing. [laughs] And what do you think of the music today—are you into the new sounds that are being created and the direction that music is going?
WILLIAMS: Well, personally, I kind of feel like I’m taking notes from people like yourself and Stevie [Wonder] and Donny [Hathaway], and just sort of doing what feels right.

JACKSON: Right.
WILLIAMS: You know, like when everyone was going one way, you went Off the Wall.

JACKSON: Right. [laughs]
WILLIAMS: And when everyone else was going another way, you went Thriller. You just did it your way. And I’m taking notes from people like yourself, like not being afraid to listen to your feelings and turn your aspirations and ambitions into material. Making it happen, making it materialize…

JACKSON: Who are some of the older artists—not the artists on the radio today—who inspired you when you were younger? Like the artists your father listened to, did you learn anything from those artists?
WILLIAMS: Absolutely. The Isley Brothers.

JACKSON: Yeah, me too. I love the Isley Brothers. And I love Sly and the Family Stone.
WILLIAMS: Donny, Stevie.

JACKSON: You like all the people I like. [laughs]
WILLIAMS: Those chord changes. They take you away.

JACKSON: Virginia! Oh, beautiful. Will you give my love to Virginia?
WILLIAMS: Yes. Thank you.

JACKSON: And your mother and your parents? Because God has blessed you with special gifts.
WILLIAMS: Thank you, sir. And I just want to say something, and I don’t know if you want to hear this, but I just have to say it because it’s on my heart. But people bother you—

JACKSON: Yeah.
WILLIAMS: Because they love you. That’s the only reason why. When you do something that people don’t necessarily understand, they’re going to make it into a bigger problem than they would for anybody else because you’re one of the most amazing talents that’s ever lived. You’ve accomplished and achieved more in this century than most any other men.

JACKSON: Well, thank you very much. That’s very kind of you.
WILLIAMS: What you do is so amazing. When you are 100 years old, and they’re still making up things about what you’ve done to this and what you’ve done to that on your body—please believe me, if you decided you wanted to dip your whole body in chrome, you are so amazing that the world, no matter what they say, is going to be right there to see it. And that is because of what you have achieved in the music world, and in changing people’s lives. People are having children to your songs. You’ve affected the world.

JACKSON: Thank you very much. It’s like the bigger the star, the bigger the target. You know when you’re—and I’m not being a braggadocio or anything like that—but you know you’re on top when they start throwing arrows at you. Even Jesus was crucified. People who bring light to the world, from Mahatma Gandhi to Martin Luther King to Jesus Christ, even myself. And my motto has been Heal the World, We are the World, Earth Song, Save Our Children, Help Our Planet. And people want to persecute me for it, but it never hurts, because the fan base becomes stronger. And the more you hit something hard, the more hardened it becomes—the stronger it becomes. And that’s what’s happened: I’m resilient. I have rhinoceros skin. Nothing can hurt me. Nothing.
WILLIAMS: That’s precisely my point. I just want to let you know you’re amazing, man. What you do to music, what you’ve done to music, from “Billie Jean” to “That’s What You Get (For Being Polite)”—[sings]“That’s what you get for being polite.”

JACKSON: Boy, you know all those ones . . . [hums a guitar riff]
WILLIAMS: If I never work with you, just know that you are unstoppable. That’s why I said, when you’re 100 years old and you decide to dip your entire body in chrome, as much as they say things—and I don’t care what they say about you, sir—they’re going to be right there to see it.

JACKSON: There’s a lot of jealousy there. I love all races, I love all people, but sometimes there’s a devil in people, and they get jealous. Every time there’s a luminary that goes beyond the heights of his field of endeavor, people tend to get jealous and try to bring him down. But they can’t with me because I’m very, very, very strong. [laughs] They don’t know that, though.
WILLIAMS: They know! Please believe me, they know!

JACKSON: Anybody else would’ve cracked by now; they can’t crack me. I’m very strong.
WILLIAMS: Of course. They couldn’t crack you when you were 10, because you were destroying grown men doing what you did with your voice and your talent. And when you were 20, you were outdoing people that had been doing it for 20 or 30 years. And nowadays they’re still waiting to see where you’re at. They want to see your kids, they want to see your world. You’re amazing, and I just wanted to tell you that, man. And I hope that this all gets printed because it’s very important to me. I hope that I can be half as dope as you one day.