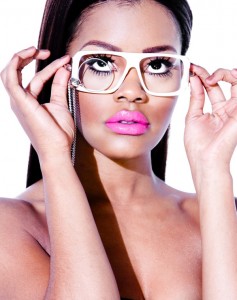 Teyana Taylor got extra personal during a radio interview telling the world that she is a virgin. The 18-year-old responded to rumors that she is gay by announcing that she’s saving herself. “The one thing people can never say is that I’m a hoe. I have a purity ring,” she said. “The only time you get in trouble is if you attempt to do something. If you’re lying up on a boy then something is going to happen. So I just keep my legs closed until I am ready for that. I can’t have a boyfriend because the only thing they want to do is have sex.” The singer also holds a bible study at St. Luke’s Church in Harlem on the matter. “I actually teach the class because I want them to know its okay to praise God and keep your legs closed,” she said.

“I’m just trying to be a good example right now. I want to be a good example. I’m a lady and I think people respect that.”Taylor’s name has also been in the blogosphere because of her close friendships with Chris Brown and Soulja Boy, but she says they’re all just friends. Following his assault on ex-girlfriend Rihanna, Taylor was one of the first people to come to throw her support behind the singer when many in the entertainment industry stayed mum. “I don’t condone what he did. It’s never right to hit a woman but I’m [going to] be by his side anyway.” Since appearing on the ‘My Super Sweet 16’ reality series on MTV, Taylor signed to Pharrell Williams Star Trak label and is working on her delayed debut release ‘From A Planet Called Harlem.’