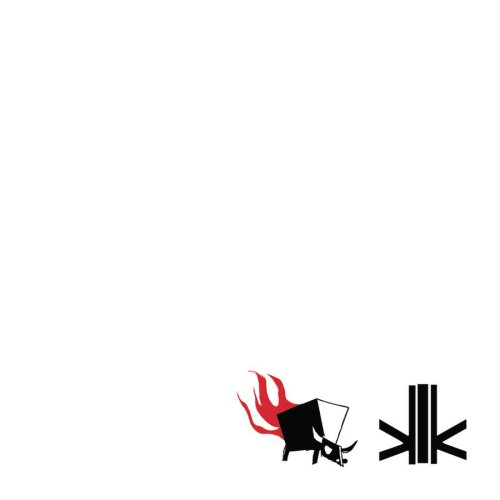 Kyle Anderson from MTV Newsroom says Kenna’s New sacred Cow
brings the darkness for ‘Bargain Spins‘ We may be in a recession, but even when the economy is in the toilet, you still need to have great music. That’s why we invented “Bargain Spins,” a new feature that focuses on overlooked albums that also happen to be available in every used or bargain bin in every record store in the country (and if you don’t have a record store in your town anymore, you can still find them discounted in most every digital music store or on sites like Half.com). So enjoy some great records you might have missed.

Kyle’s Pick: Kenna, New Sacred Cow (2003): I tend to get obsessed with albums that never come out. I followed the drama surrounding Guns N’ Roses’ Chinese Democracy, got obsessed with Zack De La Rocha‘s still-unreleased solo album and am still waiting for Detox. Kenna fell into that category at the beginning of the decade. Here was a guy who had a supremely weird video that was nevertheless in heavy rotation on MTV (“Hell Bent“) and had professional relationships with both Fred Durst and Pharrell Williams. But that was in 2001, and no amount of Malcolm Gladwell essays could erase that fact that the shine had worn off by the time New Sacred Cow ended up on stores in the summer of 2003.

That’s a crime, because despite the delays, it sounded like it was from the future (and still sounds like that today). Songs like “Freetime,” “Redman” and “Vexed & Glorious” combine funk, R&B, rock, techno and all manner of electronic microgenres in between. (It’s no wonder Kenna toured with Dave Gahan when this record came out.) Produced by Chad Hugo during the peak of The Neptunes‘ power, it’s got a jittery base, plenty of savagery and melody to spare. Kenna’s on the comeback now (he put out Make Sure They See My Face in 2007, will grab some headlines for climbing Mount Kilimanjaro in January and plans to put out a new record in 2010), which means that now is a great time to score yourself a copy of New Sacred Cow for some neck-snapping, socially-conscious badassery.