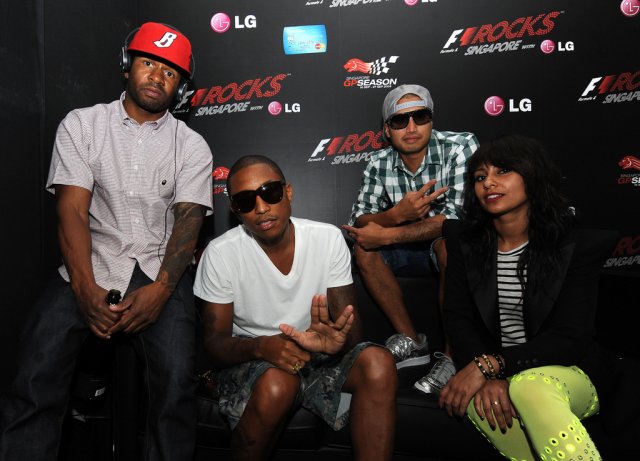 According to Kenna’s & Chester French’s Twitter, they’ve been in the studio with NERD probably to work on some new NERD stuff! ‘Just left the studio w Pharrell and the gang. Rhea is really nice!’  ‘in studio with Chase Chad, N.E.R.D. and Sk8P… getting something done…’