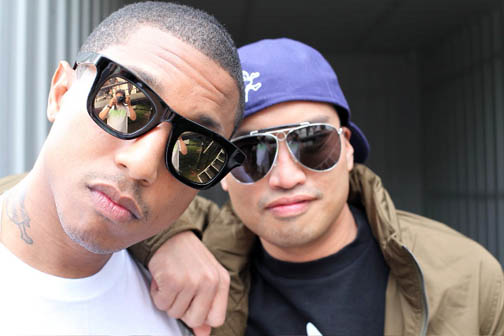 Update: December 22nd
Here’s a nice article about The Neptunes being Producers Of Decate. Billboard, the holy grail of increasingly unwieldy music rankings and charts, recently unveiled its list of the top producers of the decade. Unsurprisingly, the top spot went to The Neptunes. The duo, featuring tinny-piped crooner Pharrell Williams and partner Chad Hugo, were seemingly ever-present throughout the 2000s. The Neptunes came at a crucial time in the development of hip-hop. Sampling had been mostly played out and many people were ready for a more original, electro-based sound.

The group’s unique mixture of chunky, almost jazz-like keyboard chords, flat stuttering drums and funk rhythms reminiscent of legends like Prince quickly came to dominate the charts. Starting out in the late 90s with Noreaga, the duo rose to prominence producing blockbuster hits for Jay-Z (‘Give it to Me’), Ol Dirty Bastard (‘Got Your Money’) and Nelly (‘Hot In Herre’). This expanded into even poppier work with stars such as Justin Timberlake and Britney Spears. The group made some suave innovations in Top 40 pop themes while retaining a signature and infectious sound throughout the decade. By the mid-aughts rumors swirled that the group was charging upwards of $2 million for a beat.

While debunked by other producers, it just goes to show how huge The Neptunes became. Ultimately, the group’s more innovative and experimental work came on its own records as N.E.R.D. and through its storied relationship with the Clipse. The Neptunes produced the entirety of the first two Clipse records, logging an impressively big single with ‘Grindin‘ in 2002. Many of the ideas in these experiments would be translated into huge hits with more famous artists such as Snoop Dogg. 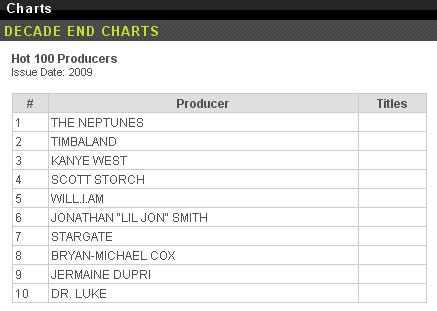