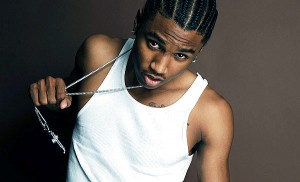 “I Invented Sex” singer Trey Songz is prepping for a return to the studio just months after releasing his Grammy-nominated effort “Ready“. Looking forward to time with award-winning producers Bryan Michael Cox and Timbaland, Trey Songz also has his eye on working with The Neptunes’ Pharrell Williams. “I’m trying to make sure I have an album out ASAP,” Songz told MTV recently. “I wanna use the same recipe I’ve been using. If anybody is added, it’ll be for real purpose. I spoke to Pharrell. I told him I’m getting in, Timbaland as well — both huge Virginian-grown producers. I definitely would love to work with them. But Troy Taylor I’ve been working with since the beginning of my career. Plus Bryan-Michael Cox I’ve had a couple hits with. I definitely wanna make sure we use the same chemistry.”