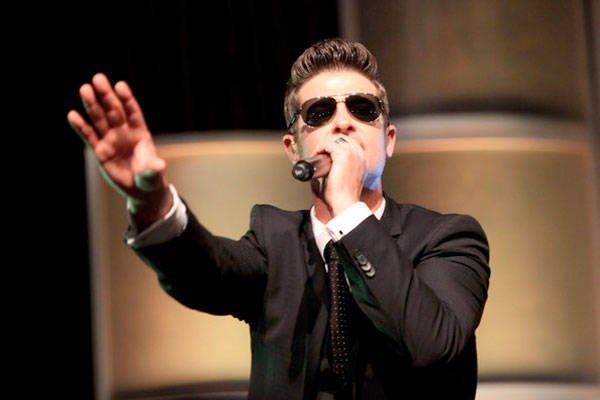 Nominations are in for this year’s Juno Awards. Honoring the best of music in Canada and abroad, The 2012 Juno Awards will take place this April in Ottawa. Robin Thicke, Melanie Fiona, JRDN, Jully Black and Karl Wolfe were all nominated in the R&B/Soul Recording of the Year category Tuesday. Thicke for his collaboration with Lil’ Wayne on “Pretty Lil’ Heart” and Fiona for “Gone & Never Coming Back“.

Rihanna also earned a nomination for International Album of the Year (“Loud“). Hosted by William Shatner, The 2012 Juno Awards will air on CTV, Sunday, April 1 from Scotiabank Place in Ottawa. Performers and presenters are expected to announced at a later date.