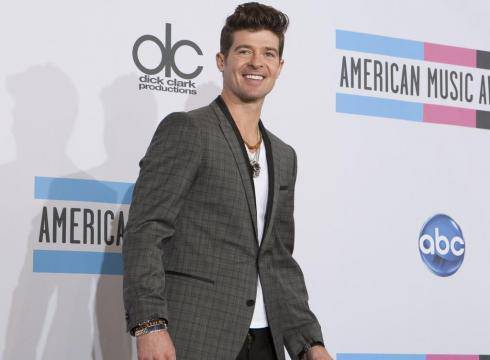 Robin Thicke registers his second No. 1 on the Adult R&B Airplay Vhart, as “Love After War” rises 2-1. The balladeer previously led with “Lost Without You,” which began its 15 week-reign exactly five years ago today (Feb. 3, 2007). In between, Thicke peaked at No. 2 with three tracks in 2007-08: “Can U Believe,” “Magic” and “The Sweetest Love.” “Love After War” serves as the title cut from Thicke’s set that bowed at No. 6 on R&B/Hip-Hop Albums in December. Thicke has reached the chart’s top 10 with all four of his chart entries, dating to his 2007 three-week No. 1 “The Evolution of Robin Thicke.”