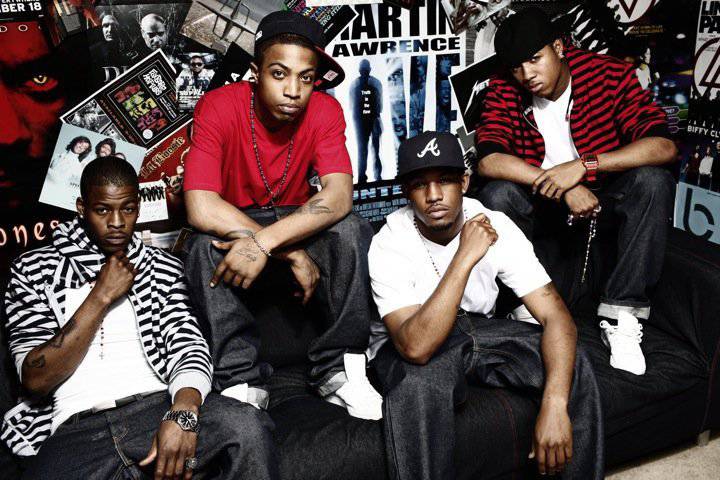 Pharrell has been in the studio this morning with JD’s new boy group called ‘Hamilton Park’, probably to work on their debut album. Hamilton Park and Jermaine Dupri recently filmed a video for their “Things Called Us (Remix)” and sent over a few behind the scenes shots. The 4-member band, named after Atlanta’s Hamilton Park Recreation Center, the spot where the members honed their vocal skills, spent vigorous hours learning their strengths and weaknesses as a group, and building camaraderie & teamwork on the basketball court, are on a mission to bring back “real” r&b love songs, drawing comparisons to hometown platinum-selling groups 112, Jagged Edge and the 1990s group Jodeci. The group is currently on The Scream tour alongside Mindless Behavior and Diggy Simmons and each of the four members of Hamilton Park brought along a set of their own special talents. 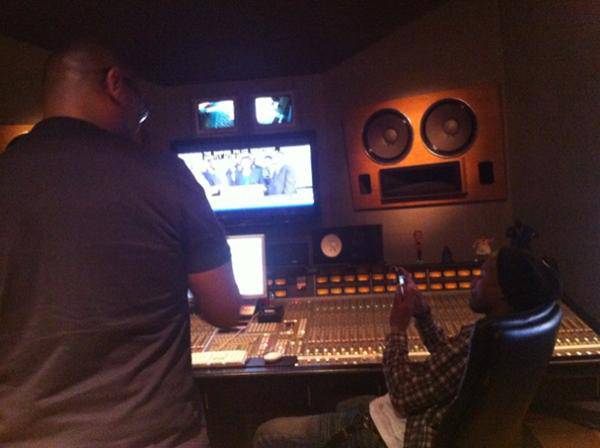