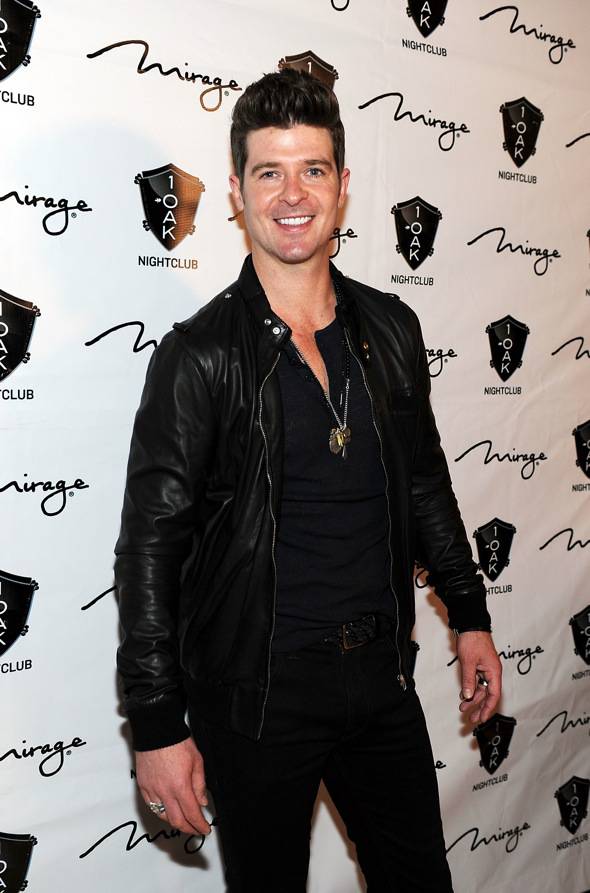 By Susan Stapleton, Photos by Denise Truscello/WireImage. Singer Robin Thicke performed at 1 OAK Nightclub at the Mirage on Friday, April 13. Thicke arrived at the club around 12:30 a.m. The superstar singer-songwriter was escorted to 1 OAK co-owner Richie Akiva’s VIP table on the main dance floor. After enjoying some cocktails and taking a few pics with excited fans, Thicke got up and on the mic around 2 a.m. Partygoers packed into 1 OAK and onto the dance floor, trying to get the best view of the R&B crooner’s one of a kind, four-song live show. Thicke began his set from the VIP table behind the DJ booth with his hit “Magic.” He followed it by heading onto the dance floor, “to be closer to my fans,” as Thicke put it, to perform his chart-topping single “Lost Without You.” 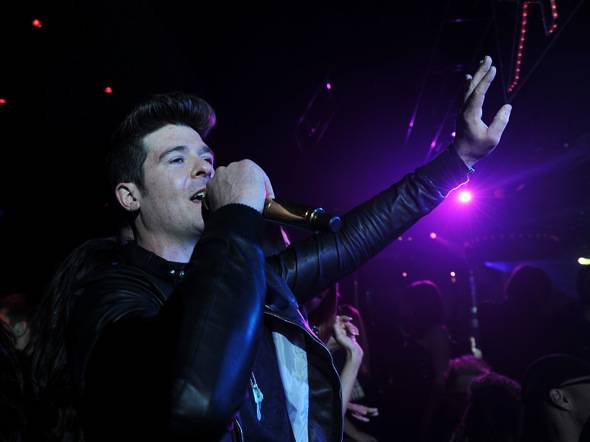 Once back at the VIP table behind the DJ booth, Thicke went on to perform a rendition of Kanye West and Jay Z’s smash hit “N****s In Paris.” The last song of the night was a special request from Akiva, Thicke’s new collaboration track with Nicki Minaj “Shakin It For Daddy.” The Friday night crowd at 1 OAK was going wild for Thicke and they kept the party going until the club closed around 4 a.m. Thicke left the club around the same time and headed to the airport. He was heading back to L.A. early Saturday morning to be with his wife, actress Paula Patton, and their son Julian, who just turned two on April 6.