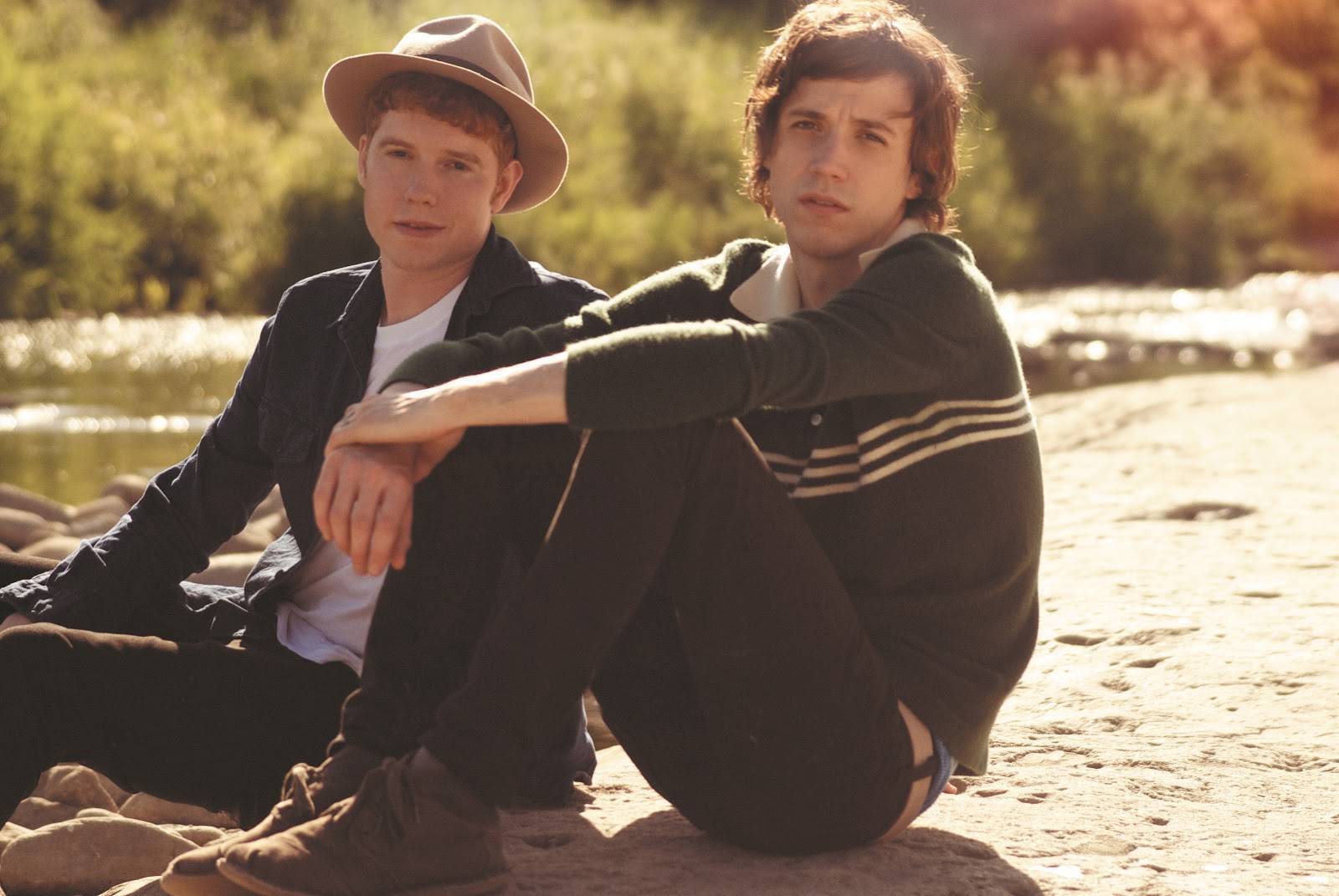 Soablondewalksintoablog.com managed to interview Chester French where they talked about their new album, lifestyle, Spotify, and much more, check out the whole Interview below.

SB: What is the difference between the place you were at in your lives when writing the first album in contrast to the place you were in while working on the second album? (How has your status and lifestyle now, as opposed to being relatively unknown while working on the first album and being fresh out of college, influenced your writing?)
Max: Well this time we started out with some knowledge of how to operate a recording studio, which was nice. I definitely think that having toured a bunch and gotten a sense of our audience and what they seem to like about us helped us focus our approach for this album.
D.A.: I was in a more depressed, contemplative, and controlled place when working on the new album. I think we also knew much more of the possibilities in songwriting than we did the first time around.

SB: The new album sounds a lot less indie rock, and a lot more experimental — what was the instrumental writing process like this time around?
Max: I became fascinated with the idea that certain musical forms seem for now very fixed while sonic forms are more constantly evolving–at least in terms of what culture seems to appreciate–so the goal was to create a musical landscape that privileged sonic experimentation. The compositions emerged from the sounds more often than the reverse this time.

SB: What is the main thing you hoped to accomplish on this album, that maybe you didn’t include/achieve on the first album? What was it like writing a follow-up to your first widely successful album? More pressure? More fun?
Max: I just wanted to make something creative and consistently enjoyable and to learn a lot doing it. There wasn’t necessarily more pressure this time, but there were a few specific people we had to please this time. Guessing people’s taste is always an interesting challenge.
D.A.: I wanted this album to really capture our personalities and to be a little time capsule of who we actually were at the moment of its creation. The first album was more about our just trying to make “good” songs. This time I think we deployed the skills we’d acquired to send a more deliberate message. SB: How do you (DA) feel about Spotify? What made you want to be their artist in residence? (What do you hope to achieve during your time with them? How do you feel about “free” music and the current state of the music industry?)
D.A.: I first encountered Spotify as a user two years ago, when I heard about what it did and knew that it could markedly improve my life. My goal as Artist In Residence is to make sure that the company stays true to artists, unlike so many music companies past and present. I don’t think music should be free (and it isn’t on Spotify since even our “free” version is ad-supported). In fact, the business opportunity that Spotify represents is basically an opportunity to get most of the world to pay for music again by giving them an experience worth paying to have.

SB: Will you be headlining your own tour for this album?
Max: Only if you want us to. (Editor’s note: Yes, we do!)

SB: Which album do you like (i.e. enjoy playing live) the most: Jacques Jams, Love the Future or Music for TNGRS?
Max: I think there are songs from each that are more and less fun to play live. Obviously we’ve played the newer music less, so I think there’s some more immediate fun to be had with that material though.

SB: How do you feel about the feedback and criticism the first single (Black Girls), the second single (Interesting Times) and your album as whole has received?
Max: I try to stay away from reading that type of stuff, but I was a bit disappointed that some people seemed offended by the video for “Black Girls.” It bums me out that in a world with war and hunger people bother to get upset over music videos, especially one that I think is clearly more about love and positivity than hate and negativity by any measure.
D.A.: Agreed. We’re just trying to spread love and beauty.

SB: How do you feel about the “controversy” of the song, Black Girls? Did you feel like you were taking a risk with writing about such a “bold” subject? How did you decide to take the single from merely being racial, to adding homosexual elements to it in the music video, and further “pushing boundaries”? What was the brainstorming for the concept of the video like? (I think it’s kind of genius — way to go all out!)
Max: I sent DA a demo for that song in 2008, and I remember he told me the lyrical idea at a hotel in DC almost a year later. I thought it was a great idea, because it was really honest for him and about spreading love, tolerance and positivity. He and (director Francesco Carrozzini) masterminded the video.
D.A.: I don’t really see any risk in the song. The only risk we took was that people wouldn’t like it, and that’s an unavoidable risk. No one has burned crosses in my yard because of it or anything. We wanted to push people to think for a moment about race and love, which are fraught matters. I think we achieved that. SB: Can you tell us a little bit about your involvement at Quad Sound Studios?
Max: We were president and treasurer there in college, although we mainly used it to make our album. I spent the night there a lot–working but sometimes sleeping.

SB: Who (either Common, Masta Ace, Reflection Etermal, Nottz) have you most enjoyed sorting with?
Max: Working with Reflection Eternal was especially fun of those collaborations, because everybody was in the room at the same time hanging out and working. Real time hangouts beat virtual hangouts any day.