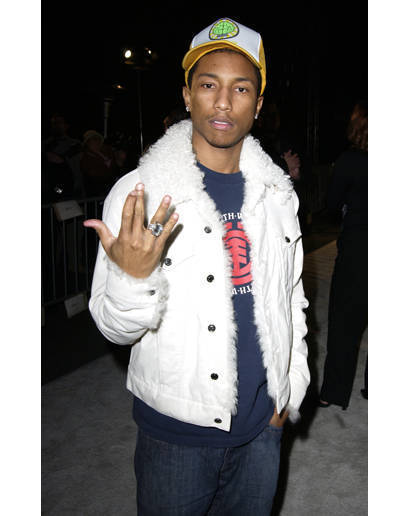 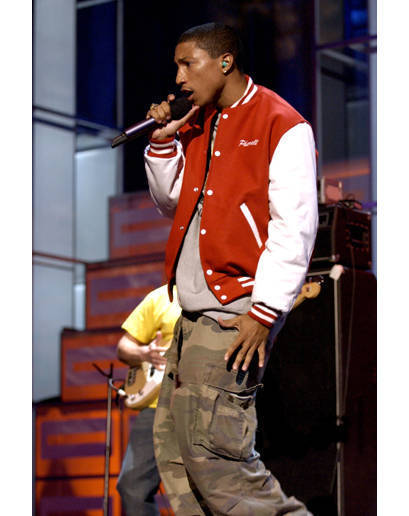 Our fashion stories on camo and varsity jackets came out in 2011. Skateboard P wore them seven years earlier. At the same time. At GQ’s Men of the Year awards show. This is not a coincidence. 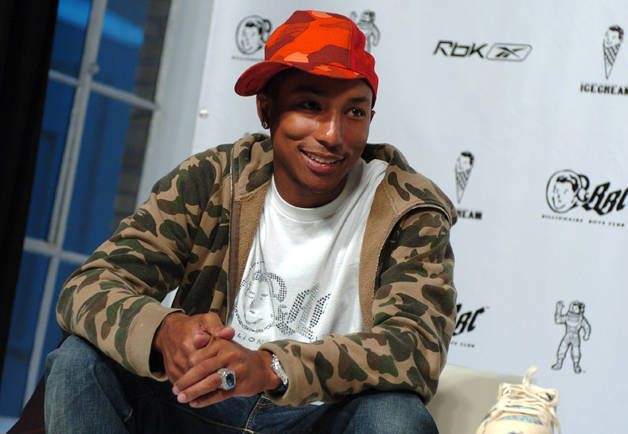 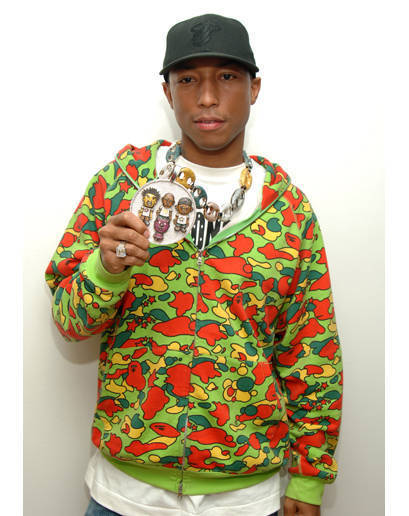 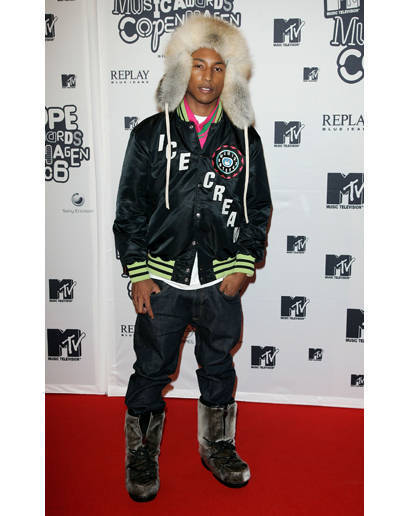 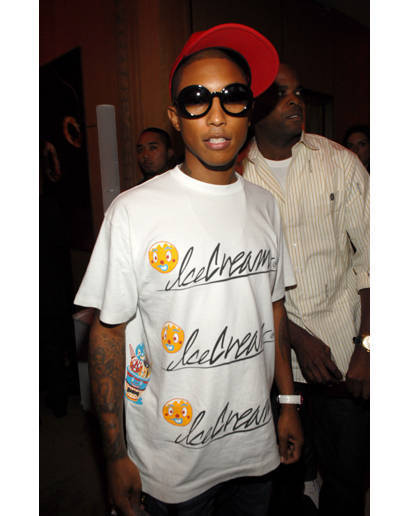 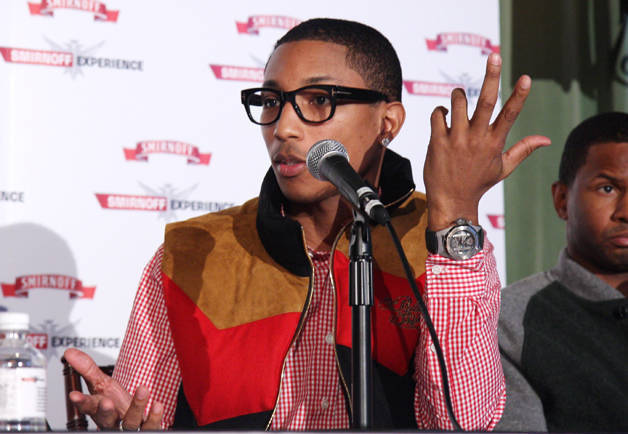 Who “invented wearing glasses” at NBA press conferences? Not Lebron. Not Westbrook. This guy. 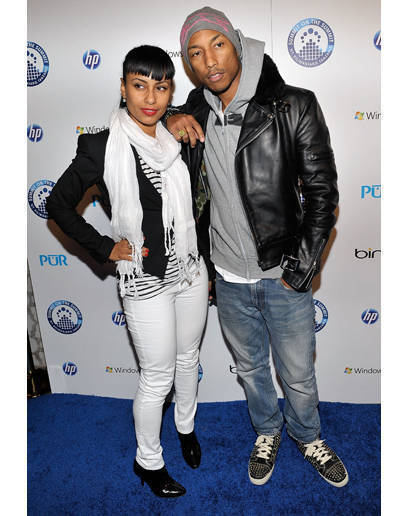 After nearly a decade of tastemaking, Pharrell goes monochrome and prepares for rebirth. 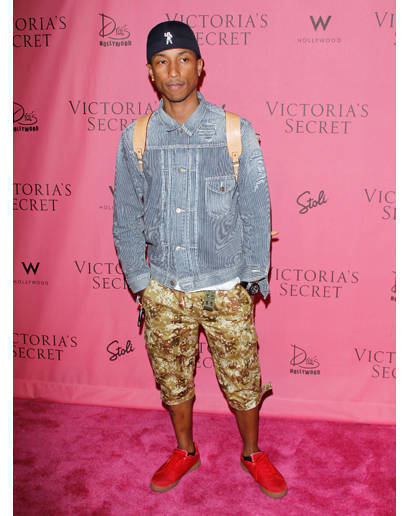 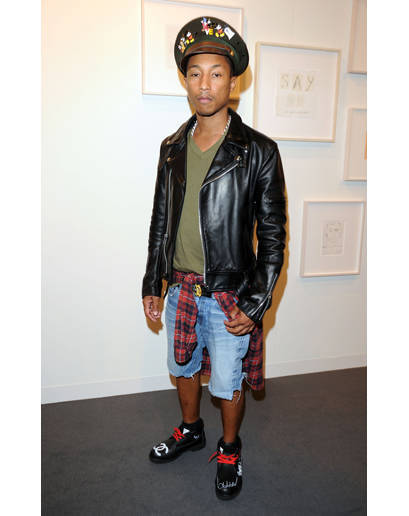 Military-grunge superhero. It never caught on, but whatever: He invented that, too. 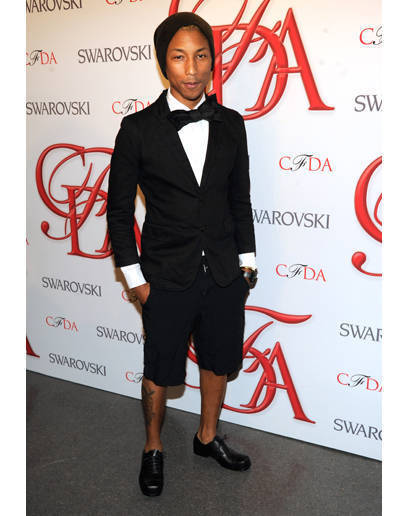 The out-of-wack dimensions return. Like we said back in March, “It works because it doesn’t.” The kicker? Blond hair! Dig it. 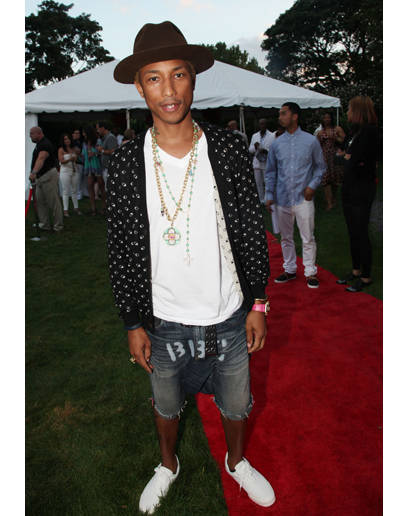 Our journey ends here: #menswear fur-felt fedora and mewelry. BBC drop-crotch shorts. This is what you’re wearing next year. Or seven years from now—get used to it.