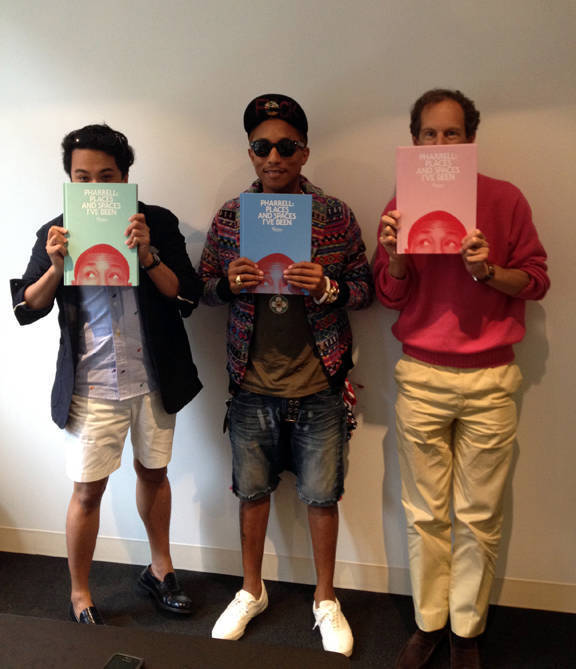 Pharrell stopped by the Rizzoli New York Office to meet with Charles Miers and Ian Luna who gave him the first printing of the book. The only one missing is the white Limited Edition cover which will come in a special box with a limited edition t-shirt featuring an iconix Terry Richardson N*E*R*D photo. The book signing looks to be set for November 7th at the Soho BBC/ICECREAM Flagship Store. More signing events will be announced shortly as well.