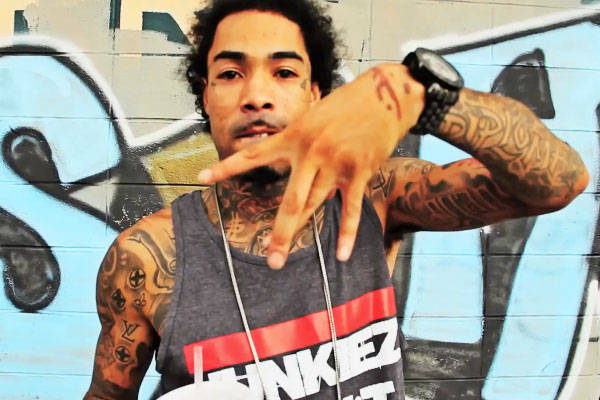 By Sam Weiss. House arrest can’t stop Gunplay from doing his thing, apparently. During a recent interview with HipHopDX, the Florida rapper discussed a whole array of upcoming projects. For his upcoming debut full-length, Medellin, Gunplay apparently landed guest spots from a couple of major collaborators: “Expect Pharrell [Williams] on there, I’ve been working with him recently. I got one with him called ‘Steel Drums,’ and I’m finna do another one featuring Big Sean. I’m just waiting for the vocals back and stuff. It’s going to be huge.” Gunplay also has several of his own guest appearances in the works for other artists including one on Lil Wayne’s upcoming I Am Not A Human Being II. “I’ve been working with a few cats.,” he said. “I got one with Turk, a couple of fools, and I’m on Wayne’s new album coming out. I’m on that. There’s so much man, I don’t know where to start. Yo Gotti joints, you’ll hear me on a lot of stuff.” Look out for Gunplay on Medellin, coming soon via Maybach/Def Jam, and grab the Cops & Robbers mixtape now.