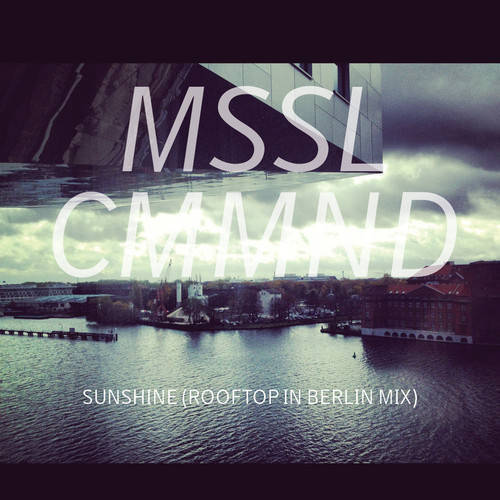 Check out the newest MSSL CMMND tune titled ‘Sunshine (Rooftop In Berlin Mix)’, it’s very 80’s influenced despite the track title, this was planned as their lead single if I’m not mistaken back a few months ago, anyways check it out the below it’s pretty dope, with Daniel Biltmore on the vocals, produced by MSSL CMMND.