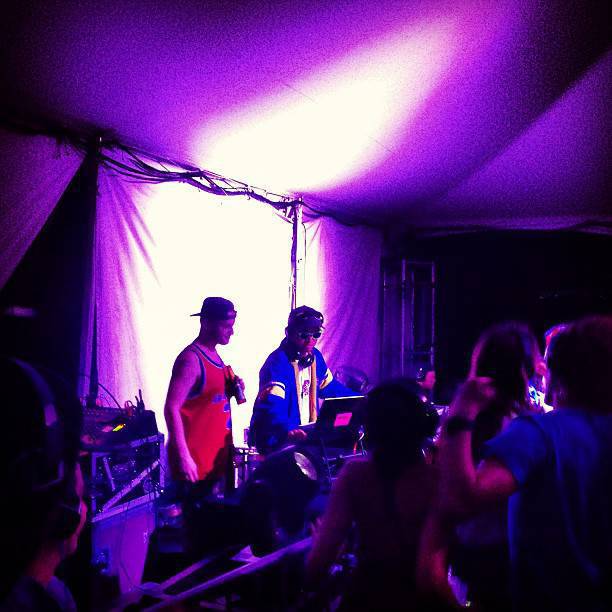 By Mary J. DiMeglio. MANCHESTER, Tennessee — The Wu-Tang Clan‘s RZA, DJ Jazzy Jeff, Solange, Schoolboy Q and Chad Hugo of The Neptunes joined forces at the Bonnaroo Music and Arts Festival on Friday night for a “Superjam,” showing off their skills as Boston band Lettuce, featuring a tight horn section, brought the funk. Jazzy Jeff was sent out first to set the stage, deftly scratching James Brown’s “Funky Drummer.” Schoolboy Q then joined in with a shout-out to Saturday performer Nas, busting out the MC’s “N.Y. State of Mind Pt. II.” His own “There He Go” had fans waving their hands as they attempted to mimic his rhymes 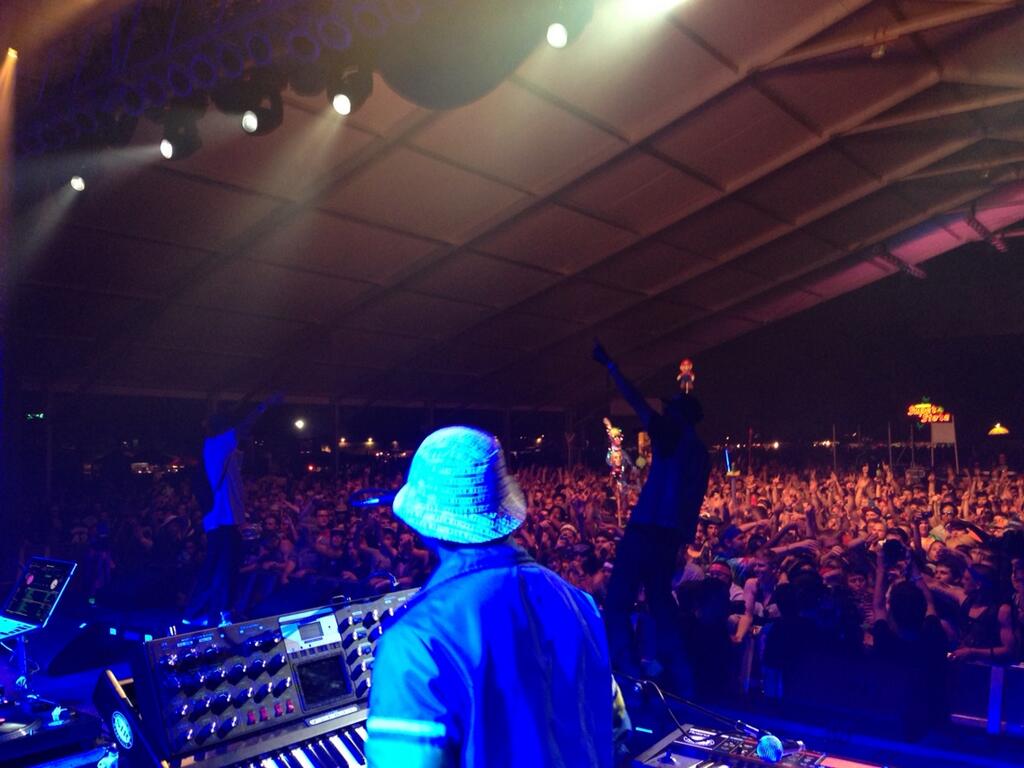 Chad Hugo showed off that distinctive Neptunes flair, spinning Birdman’s “What Happened to That Boy.” RZA, who didn’t grace the stage until an hour into the set, offered his group’s “C.R.E.A.M.” and ODB’s “Shimmy Shimmy Ya,” while Wu affiliate Redman made a surprise appearance with “Tonight’s Da Night.” Of course, it wouldn’t be a Superjam without a hefty helping of classics: Sugarhill Gang’s “Apache (Jump On It)” was given new life, Solange beautifully crooned “Killing Me Softly,” and the collective got a little sentimental, giving gratitude to the crowd before Sly & The Family Stone’s “A Family Affair.” 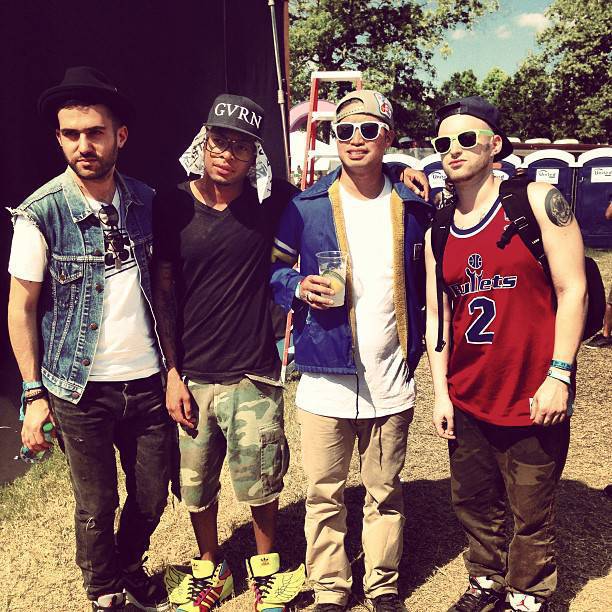 Elsewhere Friday, the entire Wu-Tang Clan celebrated the 20th anniversary of Enter the Wu-Tang (36 Chambers). Paul McCartney and Wolfgang Gartner performed, and Pretty Lights‘ set stretched late into the morning. Saturday night (June 15) at Bonnaroo, Jack Johnson will fill in for Mumford & Sons, who canceled their appearance after bassist Ted Dwane had surgery to remove a blood clot on his brain. Also Saturday, R. Kelly will perform in one of his only four shows scheduled for this year. Nas and Bjork will also take the stage. The festival wraps up Sunday with Macklemore & Ryan Lewis, Kendrick Lamar and A$AP Rocky. On Thursday, Twenty One Pilots got Bonnaroo revved up for the weekend with the off-the-charts pep of their opening-day set. 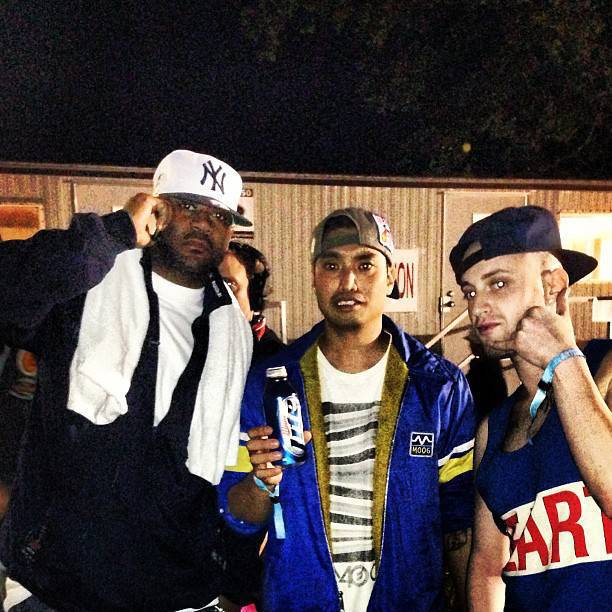 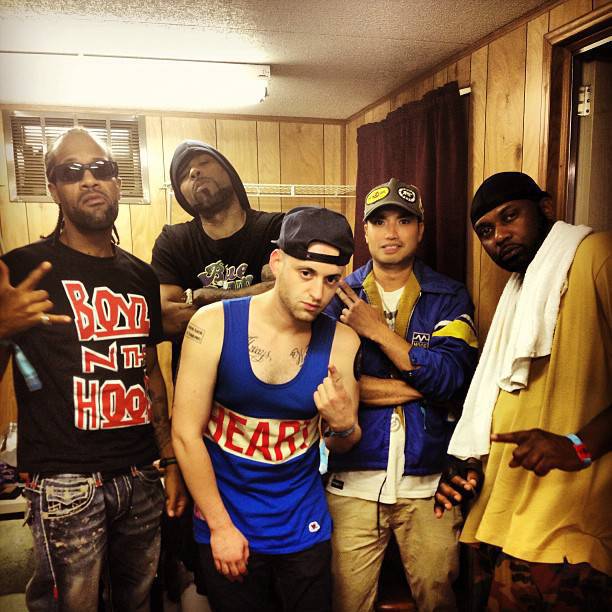 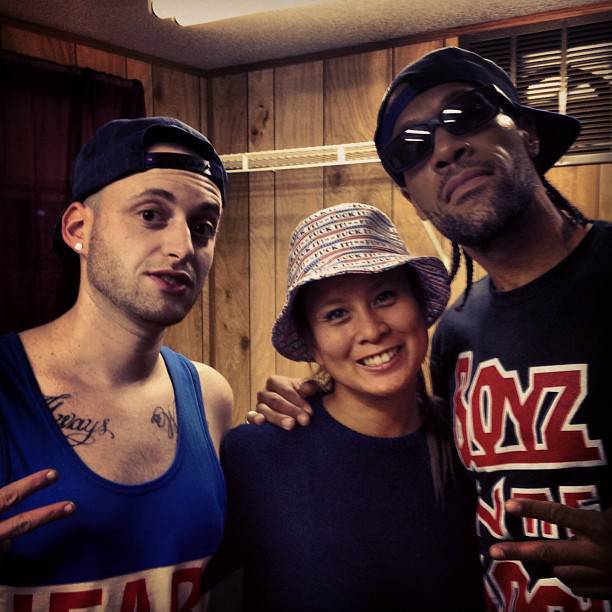