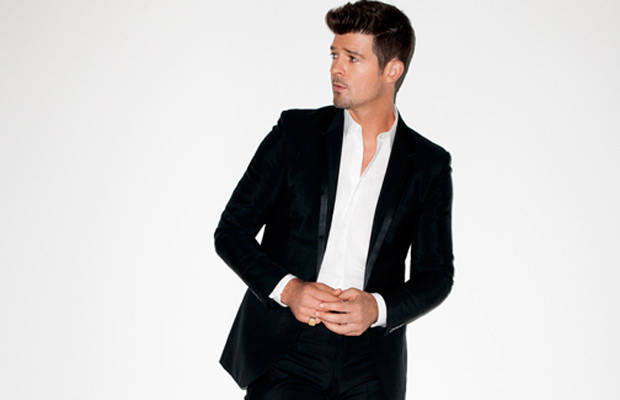 At this point, there’s no debating that Robin Thicke’s “Blurred Lines,” featuring Pharrell and T.I., was the song of the summer. Drugstores, radio, the browser window your dad closed when he heard you coming into the room, you name it—the song was everywhere. As of today, it turns out “Blurred Lines” wasn’t just the song of the summer but also, in one sense, the Song of All Time. According to Billboard, it has now broken the record for the most weeks at No. 1 on the publication’s Hot R&B/Hip-Hop Songs Chart.

The version of the chart that comes out tomorrow will feature “Blurred Lines” on top for the 16th week in a row, pushing the single past Mary J. Blige’s “Be Without You,” which previously held the record of 15 weeks. It’s the longest run of any song in the modern Nielsen era, which dates back to 1992. In total, “Blurred Lines” has sold 5.8 million downloads in 26 weeks.

It also spent 12 weeks as No.1 on the Billboard Hot 100, which encompasses all genres, before being replaced by Katy Perry’s “Roar.” The Billboard Hot R&B/Hip-Hop Songs Chart has existed in some form since 1942, when it was called “Harlem Hit Parade.” Four songs have had reigns of 16 weeks or longer, but all of them were in the ‘40s, long before the relative accuracy of Neilsen data was introduced. 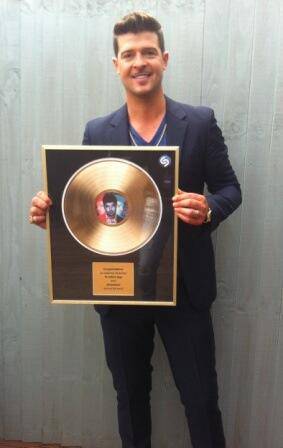 However, the chart experienced a major overhaul last fall, when Billboard’s genre chart formulas were tweaked to include Spotify streams and iTunes downloads. While the changes were applauded for the modernization, there was also substantial criticism that the shift would make the charts more homogenous, as certain demographic and community-oriented factors were downplayed.

While “Blurred Lines” was a massive hit by any standard, there may be some evidence of that phenomenon here. It’s been less than a year since the change, and almost that entire period has seen the chart dominated by three songs: Rihanna’s “Diamonds,” Macklemore and Ryan Lewis’s “Thrift Shop” and, now, “Blurred Lines.”

The singles make up three of the top eight performers on the chart of all time, and none were exclusively genre hits, nor even (although perhaps more subjectively) particularly embraced by the genre’s community. Some skepticism about the formula may be in order. For now, though, let’s hand it to Robin Thicke. He did it. We know we want it even more than we can’t be without Mary J. Blige. To celebrate, here’s a GIF of him grinding on Miley Cyrus: