The video’s joyous vibe originated in Despicable Me 2, but the unique format came out of a collaboration between Pharrell and the Paris-based directing team We Are From L.A. In the film, Gru, the villain, sings “Happy” after he falls in love. Pharrell wanted to mimic the scene for the video, but after choosing the directors (Clement Durou and Pierre Dupaquier make up We Are From L.A., or WAFLA for short) it evolved into something far more complex, and, ultimately, historic. Click HERE for the 24 Hour Video. 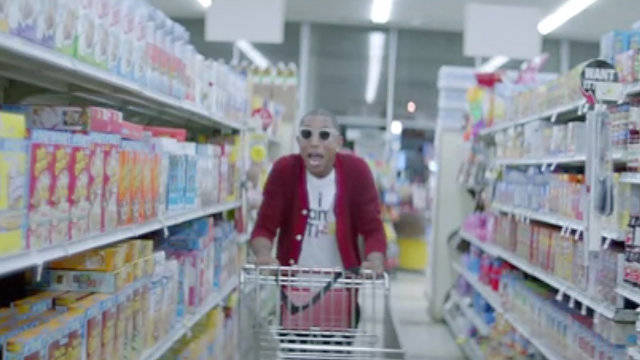 “Turns out WAFLA had always wanted to do a 24-hour video and were waiting for the right project,” says Mimi Valdes, the vice president of iamOTHER, the umbrella company for all of Pharrell’s various creative and philanthropic endeavors. “They sent their proposal, and I remember that I had to close my computer before I finished reading because I had this overwhelming feeling of excitement, which Pharrell obviously shared. It felt big. We had absolutely no idea how we were going to pull it off, but we instinctively felt it was too good an idea not to work.”

The proposal was insanely ambitious–real people, alone or in groups, dance to the song, essentially creating an entire day’s worth of music videos–and therefore riddled with creative challenges, which is like manna to Pharrell: “The best work comes from people who are motivated by crisis–when something stops the original idea, they respond by coming up with something even better. Existence is all mathematics,” he says. “There’s an equation for success in every obstacle.” 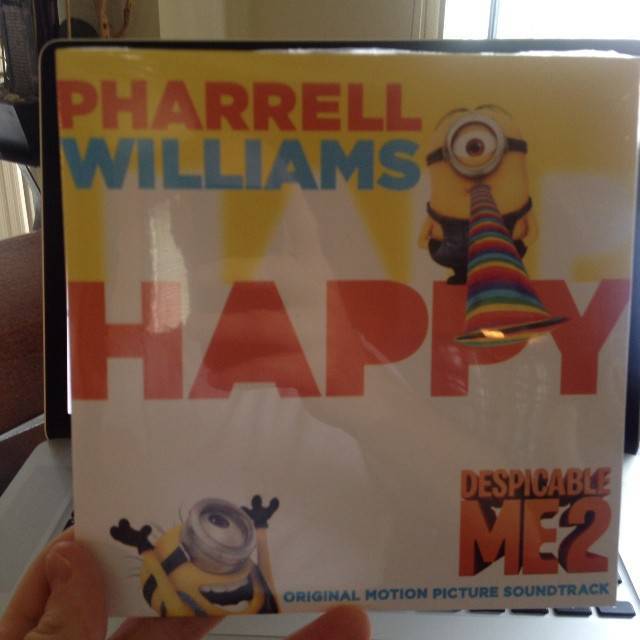 Universal Home Video was equally smitten, approving the idea with virtually no rules or demands–it was Pharrell’s idea to incorporate a few of Gru’s yellow minions. “This was not a problem for us because we love the minion characters,” says WAFLA. “It adds a fun dynamic, especially when showing happiness!” The cost would be shared by Universal, iamOTHER, and the production company Iconoclast. The particular equation behind “24-Hour Happy,” as the project came to be called, can be broken down as follows: 400 people perform the four-minute song, including Pharrell and a few celebrities (part of the fun is finding Steve Carell–the voice of Gru—Jimmy Kimmel, Tyler, The Creator and Kelly Osbourne, among others). 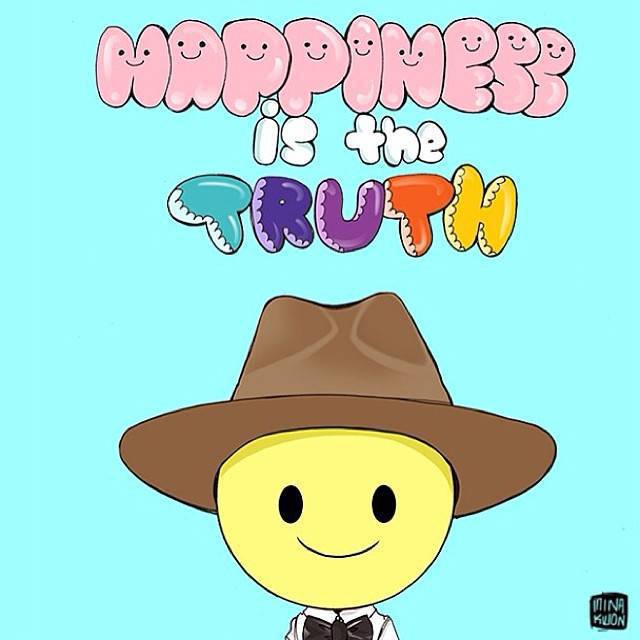 Pharrell does the song 24 times, at the top of every hour, followed by 14 additional performances within that hour. WAFLA chose to shoot in Los Angeles (they don’t call themselves We Are From L.A. for nothing), starting at sunrise in Downtown L.A., moving to LAX, Silver Lake, Echo Park and Hollywood, among other places, ultimately circling back to Downtown. Filming took 11 days (not consecutive), with two days dedicated to Pharrell. “On the non-Pharrell days, we shot 42 setups,” says WAFLA. “We must have walked 10 miles a day. Fortunately it was L.A., where no one walks, so sidewalks were generally empty, which made it easy to shoot.” 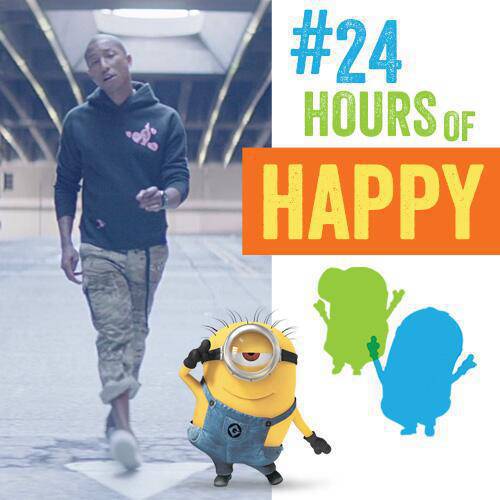 A tremendous amount of prep work was involved: location scouting, acquiring permits, casting. “I’m pretty sure this is the first time a 24-hour video has been made,” says Iconoclast’s Jett Steiger, the video’s line producer. “So it was a learning experience, to say the least. Every music video comes with a set of budget and schedule challenges, but this one was particularly difficult because of the amount of content we had to capture. It took a few days just to figure out exactly how many locations we would need to shoot at specific times, and then how many dancers we would need in order to make the video interesting for 24 hours straight.” (Valdes says there’s a bit of time fudging–for example, a performance at 11 p.m. might have actually happened 10 minutes earlier–but not as much as you’d think.) 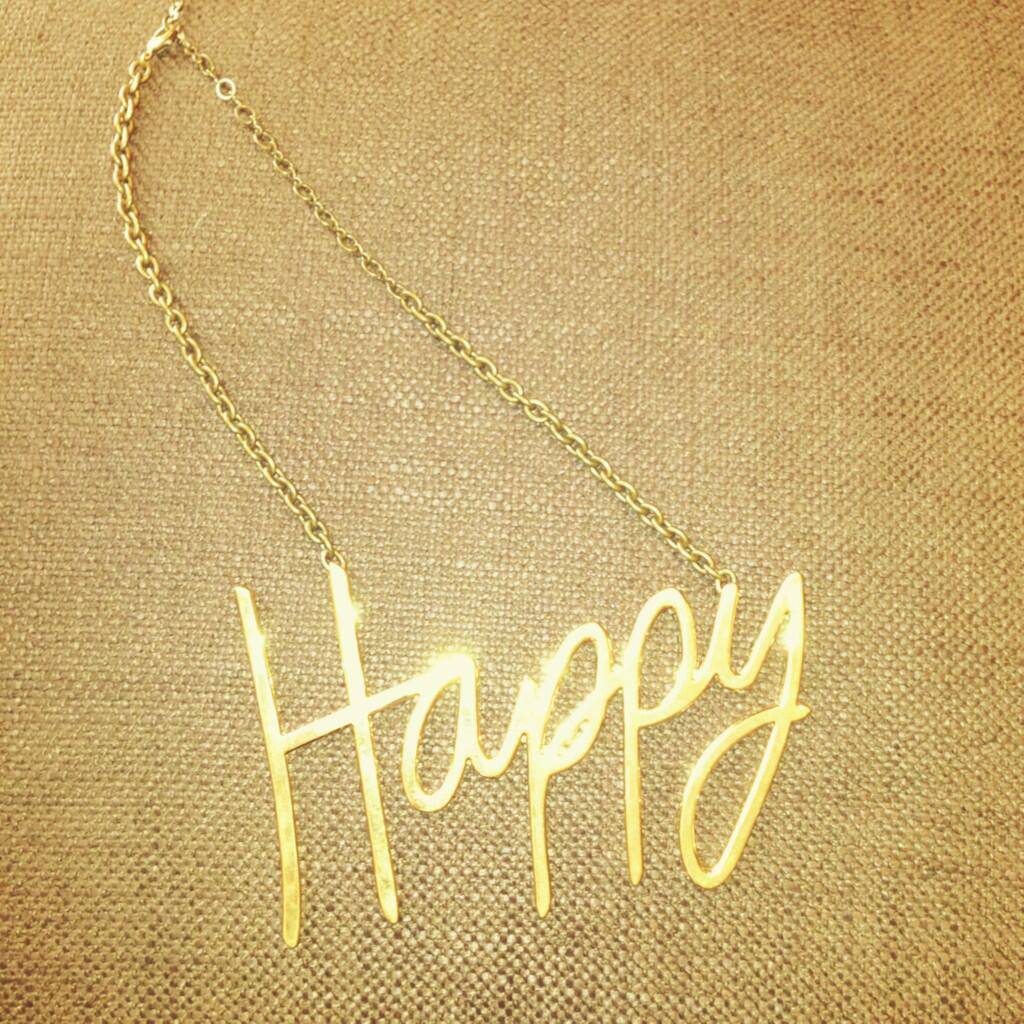 Casting was key. “We wanted as diverse a group as possible–all ages, all ethnicities, all types,” says Valdes. “Our choices were based mostly on personality–people who looked like they’d have fun on camera.” Adds Pharrell: “We didn’t want to use models or caricatures. We wanted archetypes–people you’d walk past in a mall.” Thousands auditioned, and all those tapes had to be watched.

“We went through a few casting directors before finding Mandi Gosling,” says WAFLA. “She has a background in theater and really got the feel for what we were going for.” A few of the performers lived outside L.A. and were eager enough to pay their own way to be included. “We had a girl gymnast fly in from Detroit,” says WAFLA. “We had a father-daughter duo from Miami. We were blown away by the talent and enthusiasm.”

The planning and scheduling was painstaking and precise, yet the result is remarkably loose and spontaneous. “WAFLA’s intention was always to make the video feel as alive as possible,” says Pharrell, who knew they could pull it off, based on, in particular, an exuberant and unaffected ad they created for Evian. “It was clear they were really good at making things feel real even when they’re cinematic.”

To accomplish that, WAFLA shot guerilla style, using just one Steadicam (which accounts for the low lighting during the night performances). “Jon Beattie is the real hero of the video,” says Steiger. “He walked all those miles carrying 100 pounds of equipment on his back.” Because the idea had never been done before, “It was difficult to explain it to the talent,” says Valdes. “The main directive was, Have fun! We wanted people to dance in whatever way the music moved them. The only technical directions they got concerned the distance they needed to be from the camera.”

The skeleton crew–WAFLA, Beattie, the DP, Alexis Zabe, executive producer Kathleen Heffernan and Steiger–were essentially a traveling band of cheerleaders, dancing along behind the camera. Though most of the people auditioned, a few were cast on the spot. “If we saw someone who looked cool on the street, we’d ask if they wanted to be in a Pharrell video and they jumped at the chance,” says Valdes. Those chosen by audition had the advantage of getting the song in advance, allowing them to rehearse their moves. But on the day itself, everyone got just one take, including Pharrell. “That’s what accounts for the charm,” says Valdes. “Everyone knew they had one shot–this was their moment to go all out, and we love that.”

“The video’s imperfections, the funny bloopers and mess-ups, are what give it character,” says Pharell, whose own performances alternated between what he calls “semi-choreographed” (see the bowling alley at 11:00 p.m.) and improvisation. “I’m not interested in perfection. It’s boring. Some of my favorite moments are accidental. There’s one where I’m underground. I was turning a corner just as a train was coming in our direction, and it stopped right on cue! It was weird. The universe gave us great moments that day.” Everyone has their favorites, and Pharrell’s include “Steve Carell [5:08 p.m.] and the one where I’m running down the hall of a school with two guys on their bikes [10:00 p.m.].”

Once the shooting was done, the directors had a little over two weeks to edit the footage, at which point it was given to Iconoclast’s Solal Micenmacher, who produced the interactive clock that allows viewers to seamlessly dip in and out of the experience. Some brave (or depressed) souls might sit through the whole thing, which would mean listening to the song about 360 times. Before you dismiss that as crazy-making, consider that the video’s crew listened to “Happy” probably 500 times and “no one is tired of it yet,” says Steiger. “That says something.” The video was produced by Iconoclast and directed by We Are From L.A., who were responsible for the first ever interactive music video iPhone App with French band Cassius‘ single ‘I Love You So‘ in 2010.