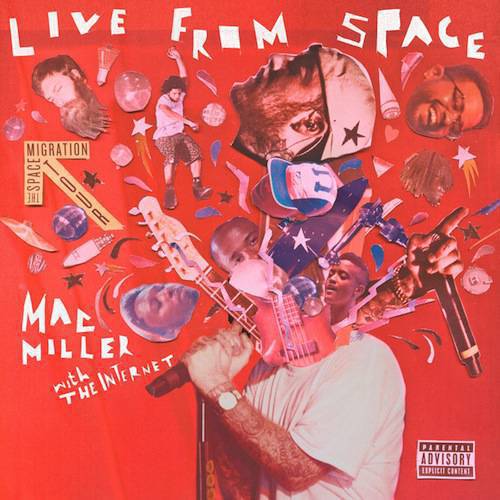 Mac Miller is closing out the year on a strong note. The Pittsburgh rapper took to Twitter on Tuesday to announce he will be releasing a new album titled Live From Space. Releasing December 17, the 14-track live album will feature songs performed during Mac’s The Space Migration North American Tour. Fans will also receive five bonus songs that did not make Miller’s Watching Movies With The Sound Off sophomore LP.