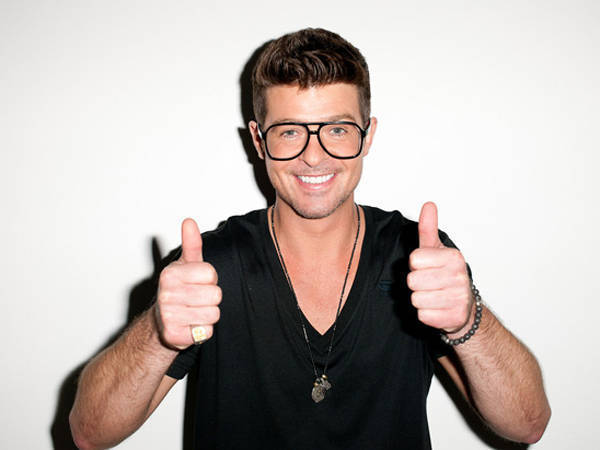 By Robert Copsey. Robin Thicke and Avicii are among the most-tagged artists on Shazam, it has been revealed. Thicke’s ‘Blurred Lines’ has received 17.8 million tags over the last 12 months by the music identification service, followed by Avicii’s ‘Wake Me Up’ with 14.7 million. Macklemore & Ryan Lewis make two appearances on the list at three and four with ‘Thrift Shop‘ and ‘Can’t Hold Us‘ respectively, while Pink completes the top five with ‘Just Give Me A Reason‘. Meanwhile, Shazam has also tipped up-and-coming singer Sam Smith for success in 2014, based on his current popularity on the service.

Other acts in their predictions for success next year include Vance Joy, who has already found success in Australia with his track ‘Riptide‘, as well as Banks, Pretty Little Liars star Lucy Hale and Dutch DJ Martin Garrix. Shazam currently has 400 million people using the service globally, with more than 15 million Shazams made every day.

The top ten most-tagged acts on Shazam appear below: