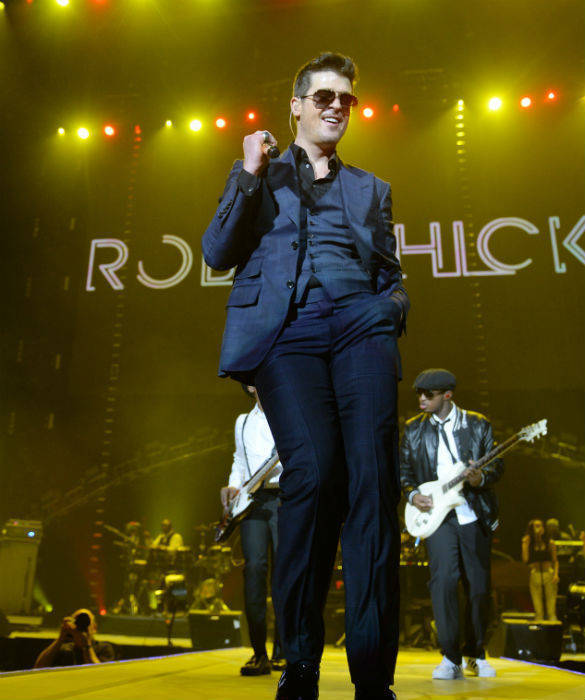 Robin Thicke and Maroon 5 took to the stage at London’s O2 arena last night and EntertainmentWise headed down to hear all of those pop classics as part of their Overexposed tour. Thicke kicked things off and unlike the provocative dancing that goes with his infamous controversial track Blurred Lines, the majority of the singer’s set surprisingly consisted of him sitting behind a piano.

However, this enabled him to show off those vocals, before he got the ladies up dancing to his number one smash hit of the summer at the end of his set, throwing himself into the crowd and treating a few lucky audience members in the front row to an up close and personal performance.