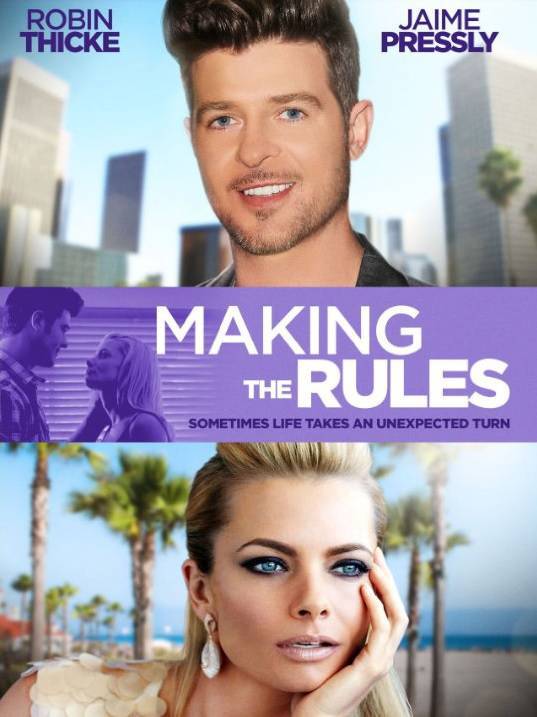 Robin Thicke is making the move into movies. The “Blurred Lines” singer stars alongside Jaime Pressly (My Name Is Earl) in the new romance Making The Rules. Abby (played by Pressly) is a chef who seems to have it all, with a solid marriage and a successful career. However, that first part’s not so accurate, because the return of an ex-boyfriend (played by Thicke) is described as giving her “a second chance at true love.” Making The Rules arrives on DVD this coming Tuesday, May 6 from Lionsgate.