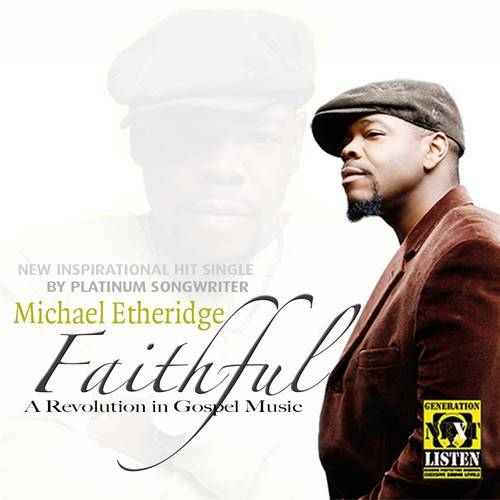 Michael Etheridge began his career in the music in Virginia Beach Virginia as a member of the Neptune’s with Chad Hugo, Pharrell Williams and Sheldon Haley. The group attended Princess Ann High School together. Teddy Riley opened a studio next to the Princess Ann High. The guys would knock on the studio door after school just looking for a shot to be heard by the legendary producer. Eventually they got a shot at a talent show sponsored by Riley.

It was then they began to create music and start a journey that would lead to many opportunities. Mike was the singer in the group and Riley took an interest in signing him as a solo artist. Pharrell and Chad went on to become one of the biggest names in music history. Mike stayed with Riley and landed a deal with his then label Lil’ Man/Interscope Records and a publishing deal with Warner Chapel Music Group. He also wrote for the 7 time platinum selling group Black Street.

During this time Mike released a single called “Masterplan” after Capitol Records picked up his album when Lil’ Man Records was released from Interscope. It was then that Mike had an encounter with God. At this point Mike began to shift his focus. After having moderate success with his solo career he was at a crossroad. God began to show him his purpose and that his gifts and talents would be used for the kingdom of God. After a long hiatus of soul searching and self evaluation Mike is back with a new movement called Generation Next.

He is now producing and writing as well as singing with a brand new sound for the Kingdom of God. Most recently he produced a song called “Still Got Love” for No Malice formally known as Malice of the Clipse. Who has taken the world by storm with his debut album as No Malice called Hear Ye Him. And Now he’s back with the inspirational single “Faithful” which will be released on September 16th, with an album to follow in 2015. After years of searching Mike has found that your time may be delayed but not denied. He is sure to make a mark in the music world with his gift as he shares through music!!!