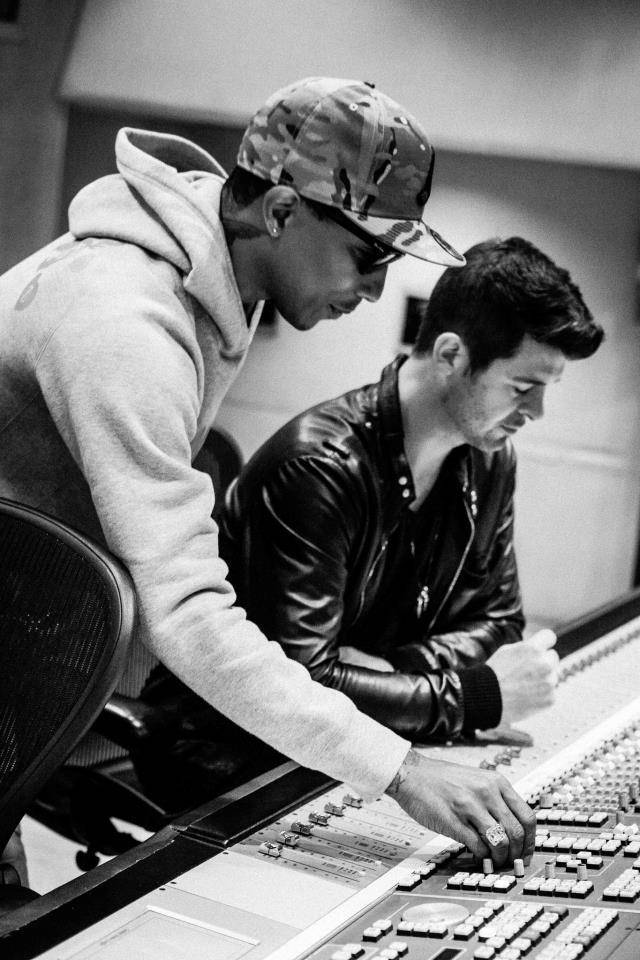 Guys, I was mad as hell reading that crap, regardless of who’s involved this is awful for copyright law. This basically means that the “feel/groove” of a song is covered under copyright law. Before copyright covered mainly melody, lyrics and (in some cases) accompanying chord progression. Those are real tangible things that can be easily evaluated the “feel” of a song is not.

So basically what this means is if you’re influenced by another song (which happens very very often) you’re liable to get sued for being influenced by that song. Anyways, if you didn’t know Tuesday’s California federal jury decision will award Marvin Gaye’s estate with $7.4 million for copyright infringement on his and Robin Thicke’s hit “Blurred Lines.” Pharrell Ruling ‘Sets A Horrible Precedent For Music & Creativity’

After more than a week in court defending their song’s “feeling” against claims it ripped off Gaye’s 1977 track “Got to Give It Up,” Williams‘ camp now says the court’s decision against him and Thicke will be bad for art moving forward. “While we respect the judicial process, we are extremely disappointed in the ruling made today, which sets a horrible precedent for music and creativity going forward,” a rep for Williams told Billboard in a statement.

“Pharrell created ‘Blurred Lines‘ from his heart, mind and soul and the song was not taken from anyone or anywhere else. We are reviewing the decision, considering our options and you will hear more from us soon about this matter.” ‘Blurred Lines‘ Trial: Motown Exec Wanted to Make Robin Thicke-Marvin Gaye Mashup During the trial, Williams testified about his song-creation process, saying “Blurred Lines” channels “that ‘70s feeling” and that he looked up to Gaye.

But, he said, that shouldn’t be considered copyright infringement. “The last thing you want to do as a creator is take something of someone else’s when you love him,” he said. A representative for Thicke has told Billboard they’re still “awaiting a comment” from the singer.

The Blurred Lines trial isn’t over. “We owe it to songwriters around the world to make sure this verdict doesn’t stand,” Howard E. King, a lawyer representing Pharrell Williams and Robin Thicke told Fox Business Network on Wednesday. ‘Blurred Lines‘ jury finds for Marvin Gaye. King, of King, Holmes, Paterno & Berliner, LLP, continued, “My clients know that they wrote the song Blurred Lines from their hearts and souls and no other source. We are going to exercise every post trial remedy we have to make sure this verdict does not stand. We look at it as being in the seventh inning of a game that could go into extra innings.”

‘Blurred‘ verdict is bad news for music biz. Thicke and Williams have denied copying Gaye’s classic hit. Blurred Lines earned them more than $5 million apiece. Although both are credited as its songwriters, Williams wrote the song in about an hour in 2012, and the pair recorded it in one night, according to testimony. A jury awarded Gaye’s family $7.4 million in damages on Tuesday. Asked by Fox if the Gaye family will see those millions, King had this to say: “Not if I do my job correctly.”

That echoes a pillar of the Gaye family’s case, which leaned on the fact that the “Blurred Lines” songwriting duo said in several press interviews that “Got to Give It Up” inspired them. In a guest column published Thursday in The Hollywood Reporter, King opened by saying:

“My clients and I are understandably disappointed in the jury’s verdict, especially given their absolute conviction that “Blurred Lines” came from the hearts and souls of Pharrell Williams, Robin Thicke and T.I., and no other place. Should the verdict be allowed to stand, a terrible precedent will have been established … No longer will it be safe to create music in the same style or genre of a prior song.”

Then King excerpts David Ritz biography Divided Soul: The Life of Marvin Gaye: “In the lyric, Marvin turned the tune’s focus from himself to the image of a dancing woman, urging her to keep on moving, to shout, to get down, to get “funky.” Earlier in 1976, Johnnie Taylor’s “Disco Lady” was a huge hit, considerably influencing Gaye. “I love the way Johnnie sings, and I thought it was a fabulous song,” Gaye said. “As good as disco ever got. I appreciated the picture of the super-sexy woman on the dance floor, though in my version, I tried to give it a little twist.’” So here they are, in descending order of “influence“:

Marvin Gaye – Got To Give It Up

(Funny this didn’t come up before, since that fact has been right there in the “Got to Give It Up” Wikipedia entry all this time.) King also said his clients made a “substantial offer to compensate the Gaye children to avoid any confrontation” after the family confronted them over “Blurred Lines,” and felt the jury got it all wrong, noting that the comparison “reveals that there isn’t one note in the melody that’s the same, there isn’t one chord in the entire song that’s the same, and there are no more than three notes in the bass lines, out of twenty six notes, that are the same.”

But you can’t appeal a verdict just because you don’t like it — you’ve got to have some legal justification for cranking up the courts anew. And to that end, King injected a bit of a twist of his own, writing that the jury’s exoneration of co-writer T.I. and the music labels is “an inconsistency that is likely to affect the post-trial motions.” And he seems pretty confident that the “Blurred Lines” matter will live on: While the Gayes are to be congratulated on obtaining a jury verdict, this matter is not finished by any stretch of the imagination.