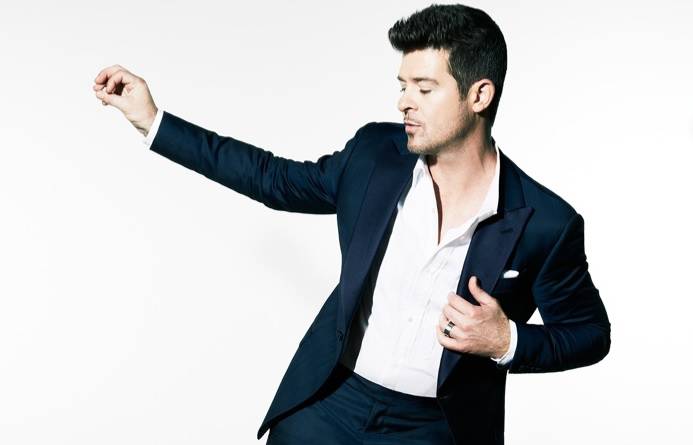 There are lots of reasons to not like the song “Blurred Lines.” But copyright infringement isn’t a very good one. The song was everywhere in 2013, breaking records and inspiring praise, criticism and parodies. In March, it was back in the headlines for a lawsuit brought against its creators, Robin Thicke and Pharrell Williams. While the singers argued that their smash single was merely a musical love child of Marvin Gaye’s 1977 hit “Got To Give It Up,” the Gaye family deemed “Blurred Lines” a musical clone. And on March 10, a jury agreed. The verdict: Thicke and Williams didn’t merely riff off of “Got To Give It Up,” the jury ruled that they ripped it off, to a tune of nearly $7.4 million in damages.

Musicologists testifying for the Gaye family identified eight “substantial similarities” in the songs, including similar catchy phrases or hooks, similar rhythms and melodic patterns and substantially similar percussion choices. It’s true that the songs aren’t wildly different to the ear. But legal and music scholars have since argued that all music builds on other music and that the verdict will have a chilling effect on artistic expression. That may be, but forensic scientists will tell you there’s a different reason to criticize the verdict: A careful analysis of the songs suggests they aren’t that alike at all.

As of evidence of clonership, the Gaye family submitted audio “mash-ups,” in which each song’s vocals were overlaid with the other’s instrumentals and heard simultaneously. Mash-ups have a long tradition in music, typically as a technique for creating something new; consider The Grey Album, Brian Burton’s brilliant blend of instrumentation from the Beatles’ The White Album with vocals from Jay-Z’s The Black Album. But the musical mélanges are also made to specifically highlight similarities between two songs in battles over copyright.

“This material sounds like a perfect, natural match because it blends sonically,” noted Judith Finell, an expert witness for the Gaye family in the “Blurred Lines” trial.Well, yes. It’s not surprising that music that has been blended sonically sounds like it blends sonically. While there aren’t any peer-reviewed studies on listening to mash-ups, there’s a wealth of research from neuroscience and psychology on how we interpret multiple sources of incoming auditory information. While we’re pretty good at distinguishing a signal from the noise (as is the ferret brain), putting two songs together eliminates cues that the brain uses to tell things apart.

In studies examining what’s referred to as “the cocktail party problem,” for example, research finds that in a room full of chatter, our ability to latch onto one speaker’s voice depends a lot on focus, what our brain decides to pay attention to. And timing and the location of the sound sources are crucial for determining if we hear sounds as a single stream or as separate streams, research has found.

From a sensory point of view, trying to distinguish between two songs that are played simultaneously is like trying to distinguish between a ham sandwich and a roast beef sandwich by combining them into one sandwich. In the case of a mash-up, trying to hear two separate things that are no longer two separate things is a daunting auditory task. This is especially true in mash-ups where the pitch or tempo of one song is altered to bring it down or up to the overlaid song. Adding this proximity just helps the brain lock onto similarities. A mash-up yields a new sandwich.

This is why forensic musicologists frown upon mash-ups, which fall under the “Disparaged Methods” section of a 2013 paper on distinguishing between science and pseudoscience in forensic acoustics. Not only are our brains trained to seek similarities, but decisions made by the masher-upper when overlaying the songs are far from objective. “A mash-up is, inherently, a subjectively created new form,” the paper’s authors write. “Rather than breaking the song down into recognizable and identifiable elements as demanded by extrinsic analysis, a mash-up compounds the material.…The expert must attempt to ‘undo’ the disguise before proceeding with an analysis of similarities and differences.”

Rather than relying on earwitness testimony, the forensic musicologist should apply standards that should, so to speak, stand up in court, the scientists note: “The comparisons typically would involve structured categorizations for ‘objective’ melodic, harmonic and rhythmic analyses, applied to both foreground and accompaniment elements.”

An analysis of “Blurred Lines” and “Got To Give It Up” by musicologist Joe Bennett of Bath Spa University in England does just that, and finds that forensically speaking, the songs are very different. They have different chord patterns, a different number of beats per minute and are recorded in different keys. (Thicke’s song also has more cowbell, always a plus.) The songs’ basslines in particular suggest to Bennett that their musical DNA is not the same:

“When compared note for note like this, the dissimilarity is obvious. These basslines use different notes, rhythms and phrasing from each other. They’re even taken from different musical scales. Thicke’s bass notes are all taken from the mixolydian mode; the Gaye bassline is based around the pentatonic minor scale,” Bennett notes in his analysis.

In court documents, the Gaye legal team argued that dissecting the songs note by note was “inappropriate and ignores the numerous compositional similarities of the two works, not only outlined by Ms. Finell…. but obvious to the lay observer.” But good musical forensics isn’t about what’s obvious to the lay observer. It’s about bringing science into the blurry world of gestalt. No matter what you think of the song, Bennett notes. “You develop research and analytical skills and, perhaps most importantly, the objectivity you need to listen to music without having an opinion on whether it’s good or bad, but simply whether it’s the same or different.”