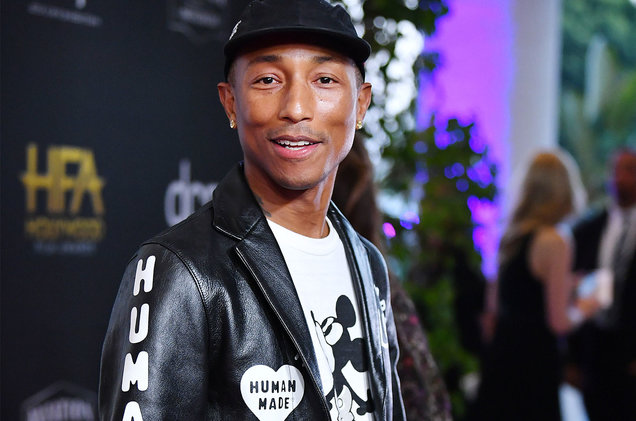 Pharrell sat down with The Wrap to talk about ‘The Black Godfather’. Music-business executive Clarence Avant may have helped launch or sustain the careers of a long list of luminaries, including Quincy Jones, Bill Withers and athletes like Muhammad Ali and Hank Aaron, but his reach only extended to Pharrell Williams secondhand. “I know a lot of people that he was responsible for bringing into the industry, people who have directly affected my life and given me entrée into the industry,” said Williams, who co-wrote and performed the song “Letter To My Godfather” for the documentary about Avant, “The Black Godfather.”

“But I didn’t meet him until later. I had always just heard his name — All these people that he opened doors for talked about his immense power, his business acumen and the energy he brought to a room,” Williams says of Clarence Avant. Williams came to do the song, he said, when director Reginald Hudlin reached out to him. “He asked me to take a look at the documentary, and I just thought, ‘OK, cool,’” he said. “I thought it would be a typical music doc and give you the history. But when you realize all the backstory — where he came from, how he became the person he became, why he made the decisions he made — it painted a completely different picture for me.”

And that picture, he said, went straight into the song, an unapologetic tribute to Avant. “When I started working on the music,” he said, “I tried to pretty much paint what I experienced for the first time in the movie.” “It came right out,” Pharrell said of writing the song. “I just knew it needed to have a choir in it, and I felt like the choir needed to do something staccato, which is the ooos. It needed open space so I could say what I really wanted to say, who he was and why he needs this now. And the song pretty much flowed.”